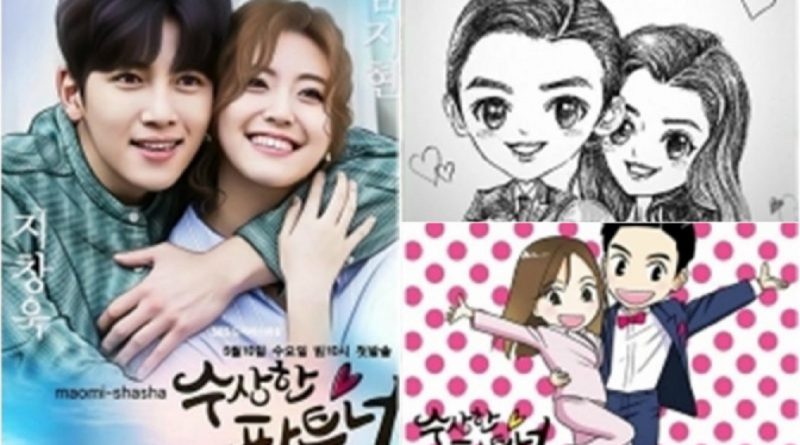 SBS’ new drama, ‘Suspicious Partner’, gets a lot of support from its fans.

Even before the drama was released, ‘Suspicious Partner’ as well as Ji Chang Wook and Nam Ji Hyun, who played ‘Ji-Bong (Noh Ji Wook + Eun Bong Hee) Couple’, got a lot of support from fans. This is shown by hundreds of funny and beautiful fanarts made by fans.

‘Suspicious Partner’ is a romantic comedy drama about a genius prosecutor Noh Ji Wook (Ji Chang Wook) and law intern Eun Bong Hee (Nam Ji Hyun), who are experiencing mysterious incidents and eventually falling in love with each other. The chemistry that was shown by Ji Chang Wook and Nam Ji Hyun in the first week of airing has made the drama a big conversation topic.

Even prior to its premiere date, fanmade posters of Ji Chang Wook, Nam Ji Hyun, Choi Tae Joon, and Nara, which were adapted from the mock ‘election campaign’ teaser, flooded the internet. Screen captures of Ji Chang Wook from his previous dramas also appeared everywhere.