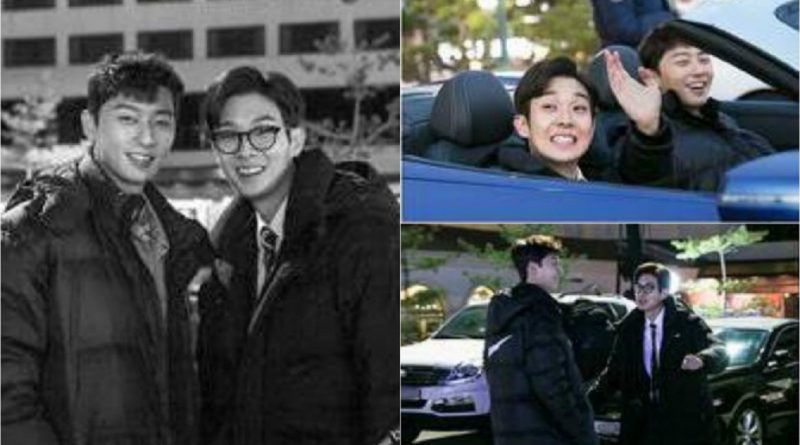 On June 12th, JYP Entertainment published some still cuts featuring Choi Woo Sik and Park Seo Joon in the shooting location of ‘Fight for My Way’.

The two actors are known to be close friends in real life, and it was reported that their close friendship was the reason why Choi Woo Sik accepted the offer to star in ‘Fight for My Way’.

In the photos, it’s clear that Choi Woo Sik and Park Seo Joon are close, seeing the way they keep bugging each other during the shooting process. Even though the shooting lasts until midnight, their expressions do not show their tiredness.

In the 6th episode of the drama, Choi Woo Sik and Kim Ji Won had their first kiss, which made audience curious to find out about what will Park Seo Joon do about that.