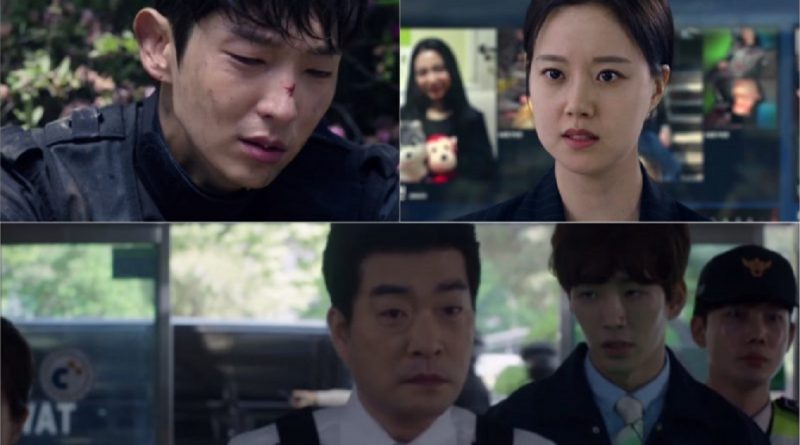 However, Kang Ki Hyung and Kim Hyun Joon were tense due to the last blast incident. Kang Ki Hyung, a senior researcher from the NCI team, found out the perpetrator’s lies, but a senior executive encouraged him to detonate explosives. All of his colleagues at the scene died, and only Kim Hyun Joon survived.

One year later, they are united to solve a serial killings case. Kim Hyun Joon disd not trust the profiler, but Ha Sun Woo believed in the method of investigation. Ha Sun Woo did not like Kim Hyun Joon’s attitude.

Kang Ki Hyung who had worked hard to overcome the bomb explosion, returned to work to solve the serial murder case. Kang Ki Hyung said, “The killer will continue to kill with a fast cycle”

The next target was Choi Na Young, the younger brother of Kim Hyun Joon’s dead companion. Kim Hyun Joon, who wanted to replace his old shoes, bought it online, but suddenly, he got kidnapped by criminals.

Kim Hyoon Jun tried to kill the perpetrator for not telling Choi Na Young’s whereabout. But Kang Ki Hyung asked, “Are you going to kill someone who knows the whereabouts of the victim?”

Kang Ki Hyung suspected that there was another actor behind the criminals. He pointed out that Ma Hyon Tae was together in the juvenile court. Kang Ki Hyun spoke to the bailiff, “Did Ma Hyon Tae ask to bring a woman?”

Ha Sun Woo chased Ma Hyon Tae by crashing his vehicle. At the end of the drama, they fired each other’s weapons.