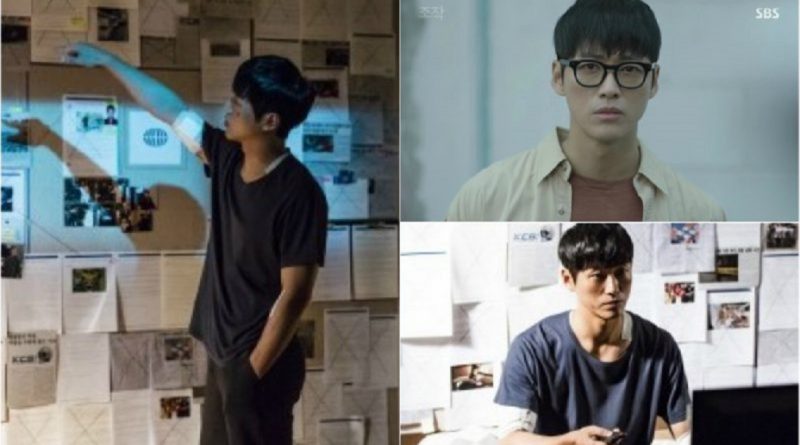 Min Namgung who is currently starring in SBS’s’ Falsify’, has captured viewers’ attention with three drama titles that he has starred in.

In ‘Falsify’, Namgung Min plays as Han Moo Young, a ‘Giregi’ (nickname for degraded journalists) who defends the truth.

Currently, Moo Young is a journalist for a Korean daily newspaper who is struggling to unravel the secrets of Han Chul Ho. In particular, he attached photographs and pictures of people involved in the incident, as well as making the roof at his home as a base camp to solve the case.

Incidentally in 2016 drama ‘Beautiful Gong Shim’ and in 2017 drama ‘Chief Kim’ starring Namgung Min became a hot topic because he lives in a room that is on the roof.

In ‘Beautiful Gong Shim’, Namgung Min plays as a lawyer. He lives on a roof of Gong Shim’s apartment (Minah) and in this drama episode viewers can see the interaction between the two.

In ‘Chief Kim’, Namgung Min plays the role of Kim Sung Ryong. At the time of his stay in Gusan, he joined TQ group’s finance team, and moved to Seoul occupying a rooftop room. He fights for the injustices and irrationalities of companies that consider Danish immigration funds.

In ‘Falsify’, Namgung Min tries to solve a mystery that happened on the roof of his house. This drama airs every Monday and Tuesday on SBS TV at 10PM KST.

November 21, 2017 Ria Comments Off on [RANK AND TALK] 3 Places K-Pop Fans Have to Visit While In Korea
Rank&Talk TRAVEL