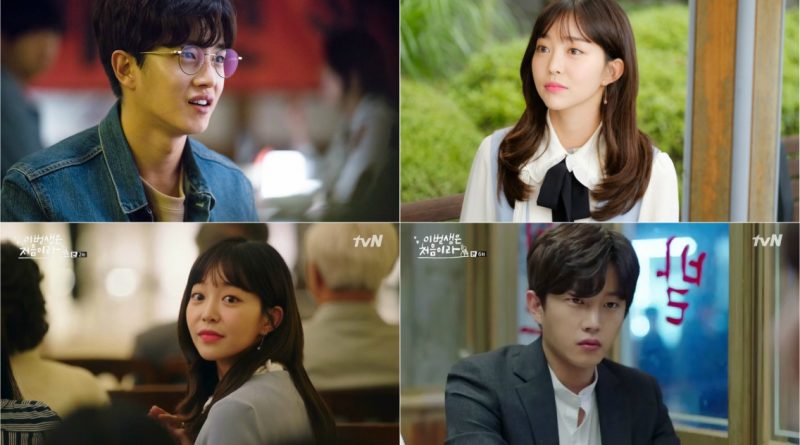 A sign of a change will happen to Kim Ga Eun who dreams of being a good mother.

In the TV-drama series ‘Because This is My First Life’, Yang Ho Rang (Kim Ga Eun) and Shin Won Seok (Kim Min Suk) who have been dating for 7 years are aware of their different views toward marriage.

In the episode of ‘Because This is My First Lfe’, Ho Rang and Won Seok met at Yoon Ji Ho’s wedding (Jung So Min) with the aim of ending the quarrel between the two. Ho Rang who had never told him before finally admitted that “I want to get married”, and Won Seok finally knew what Ho Rang wanted from him.

However, Soo Ji asked, “Is it true that Won Seok is thinking of marrying Ho Rang?” She asked which made Ho Rang felt calm. Soo Ji asked like that because Ho Rang did not suspect their different views on marriage even though they have dated for 7 years.

She asked Won Seok about the marriage and Won Seok felt assaulted after receiving such a question. Won Sok is deeply in love with Ho Rang, but he honestly thinks that getting married is not a necessity, his answer diminished the hope of Ho Rang believing that at the end of a seven-year love journey they will marry each other.

With that kind of situation, Kim Ga Eun pointed out the situation that anyone can experience this kind of love affair in real life, and showed love and happiness in such acts. In addition, audience expectations for her acting grow when she turns 180 degrees while acting as Ho Rang who has an inner conflict with her boyfriend about the continuation of their relationship in the future.

Meanwhile, the different views toward marriage between Kim Ga Eun and Kim Min Suk added to the curiosity of the viewers. TVN drama ‘Because This is My First Life’ airs on tvN at 9:30 pm.