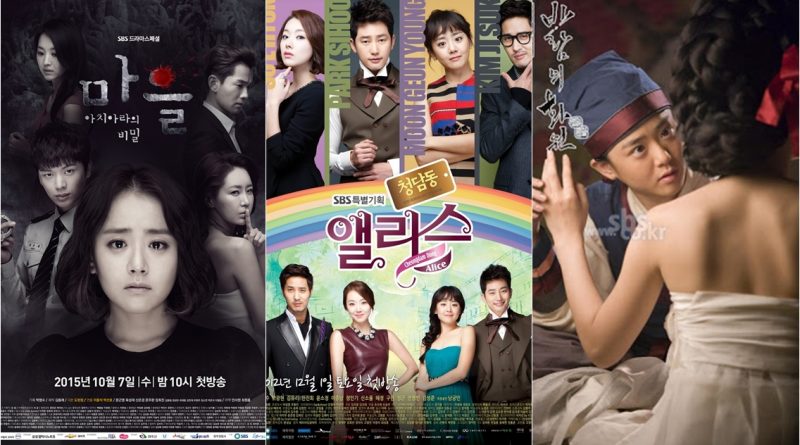 Moon Geun Young is a model & actress from South Korea. Since she was 10 years old she has become a model. Later, she started her acting career in 1999 as a little actress as well. Moon Geun Young once dating a handsome actor Kim Bum. According to the news, their love story started from the drama Goddes of Fire, Jung Yi in 2013. After dating about 7 months, they reportedly broke up.

She is believed to be the female lead in television dramas for her wonderful acting, such as Painter of the Wind, Cinderella’s Sister, Mary Stayed Out All Night, Cheongdam-dong Alice, Goddess of Fire and recently starred in The Village : Achiara’s secret. In Achiara, she collided acting with actor and singer Yook Sung Jae from boy group BTOB. Not only playing in a television drama, she has also starred in movies and other works.

Han So Yoon (Moon Geun Young), lives in Canada with her grandmother after she had a tragic accident that both her parents and sister died. After her grandmother died, So Yoon finds a letter in her home with the name ‘Achiara’. Like a secret message, So Yoon constantly receives a message to search for Achiara, which turns out to be a small village name in Korea. So Yoon decided to go back to Korea and look for Achiara. So Yoon feels there is something with a place called Achiara that relates to her past. So Yoon lives in a rented room where the previous occupants mysteriously disappeared and have not found. So Yoon accidentally found a female corpse in a lakeside forest. After the incident, one by one the mystery hidden in the village was revealed. Many mysterious figures emerge that make the story more complicated and related to each other. Together with Park Woo Jae (Yook Sung Jae), a young policeman who has a sharp intuition like a detective Conan, So Yoon wis trying to uncover the secret that has been buried.

It tells the story of Han Se Kyung (Moon Geun Young), a simple but clever woman in design affairs who always feels her life is not as fortunate as others. During school, Se Kyung always earned the first position even received various kinds of awards related to the design. But now she feels her life is not as fortunate as anyone else. She is difficult to find job until finally one day she is accepted at a fashion company called GN Fashion. What a surprise to Se Kyung when she finds out that she accepted the job not as an employee who takes care of design problems. Apparently, Se Kyung got a D on her job interview. However, for some reason, Se Kyung was accepted at the company but she works as a runner and assistant of GN Fashion’s wife director. Because of her interest in fashion, she is determined to survive. Apparently, the reason Se Kyung received at the company is that she was selected by the wife of the director named Seo Yoon Joo (So Yi Hyun). The wife of the director is Se Kyung’s enemy at the time of school. But she is getting closer to Seo Yoon Joo and is determined to be a materialistic woman as it seems. Se Kyung starts looking for a target and finds Chae Seung Jo (Park Shi Hoo) who is the man who has attracted Se Kyung’s feelings.

Painter of the Wind is a drama adapted from Lee Jung Myung’s novel aired in 2008. Telling about the life of the painter Shin Yoon Bok (Moon Geun Young) who must live as a man to reveal her mother’s murderer. Yoon Bok lost her memory due to the trauma of her parents’ deaths that occurred before her eyes. Yoon Bok’s real name is Seo Yoon, she is later appointed by Shin Han Pyeong, the court painter who admired Yoon Bok’s father. For the sake of the adoptive father’s ambition, she must disguise herself as a man to be accepted at the academy of painting.

August 6, 2017 Tirta Comments Off on Actors Who are Working Hard Before Starting Their Military Service
MOVIE VIDEO