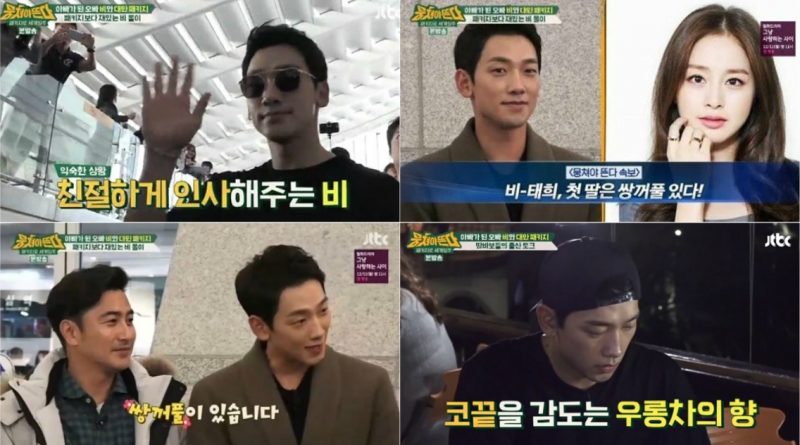 Rain singer (Jung Ji Hoon) expresses his deep affection to actress Kim Tae Hee. Rain felt embarrassed when he responded to a question about Kim Tae Hee coming out of the blue, but Rain expressed his affection for his wife.

In this episode, the members asked Rain, “How is your daughter going? What’s her name? “asking the question. “She has double eyelids. Her name has the meaning of special,” said Rain. Because Rain answered it carefully, the members returned questioning.


On the first day of the trip, they arrived at Taiwan’s famous place Jiufen and took a photo together, “When I come to a great place, I will think of my wife and daughter” said Rain who expressed love to his wife and child.

“Being the real adult when you’re married and having a baby. I say this to unmarried Hyung (laugh). Even though I’m married, I do not feel grown up until I have a baby,” he said.

But Rain said, “I am very easily caught by my wife,” showing the example of a good husband by actually acknowledging everything. He also pointed out the fact that he is burdened with his wife’s housework that is her cooking skills.

For Rain, his wife cannot be fooled and has perfect points of 100. She is a true winner, and she is not worried about everything and always thinks positive. Also, she has the energy to return to the top position.