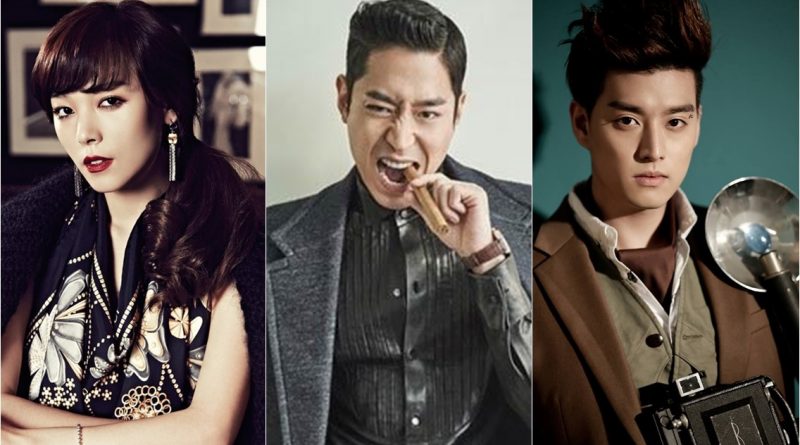 Being an idol while dating at the same time is a difficult thing. Moreover, to make a marriage decision, these idols must think about their careers and feelings of their fans. These five idols have dared to take a step that can be considered quite extreme. Here’s a list of 5 married K-POP idols:

The member of K-POP representative boy group Super Junior, Sungmin became the first member to decide to get married. He married Kim Sang Eun on December 13, 2014. As being the first one in the entertainment industry, Sungmin’s decision was reaping a lot of cons. He lost charm in the eyes of the fans because of his marriage. Even Sungmin’s many special fan sites were closed.

The U-Kiss rapper got married quietly. Eli married his lover who is 11 years older than himself, Yeon Soo. In 2015, Eli wrote a statement on his instagram and twitter about his marriage news with Yeon Soo that had lasted 1 year, at which time his wife was pregnant. Eli claimed to register his marriage only. After his condition was accepted by the public, 3 years later he held a wedding party and shared photographs of his happy days.

Soyul married a member of senior K-Pop idol first generation, HOT’s Moon Hee Jun. Both married on February 12, 2016. Their marriage was heavily criticized for age differences. Moreover, she married in a condition of 3 months pregnant. Soyul also decided to quit the group Crayon Pop after marriage.

On July 1st, 2017, Eric Shinhwa officially married his girlfriend Na Hye Min who is 11 years younger than him. Married at the mature age of 39, apparently it did not make Eric free from criticism. Fans regarded Eric’s wife’s age as too far apart. Even so, now both are getting a lot of support. Eric shared his wedding photos with Na Hye Min on social media. In the photo, other Shinhwa members were present wearing nice and classy tuxedos.

After dating her boyfriend James Park for 2 years, Sunye got married on January 26th, 2013. James Park is a Korean-Canadian. After marriage, Sunye as leader of the Wonder Girls chose to quit the group and live in Canada with her husband and two daughters.

It’s hard to accept the fact that our favorite idols have found the love of their hearts. However, we also must be happy to see the idol got married.

February 16, 2018 Tri Comments Off on 3 Male Stars Who Are Good at Cooking
DRAMA Rank&Talk

February 3, 2018 Tirta Comments Off on 5 On-Screen Couples with the Best Chemistry in Recent Korean Dramas