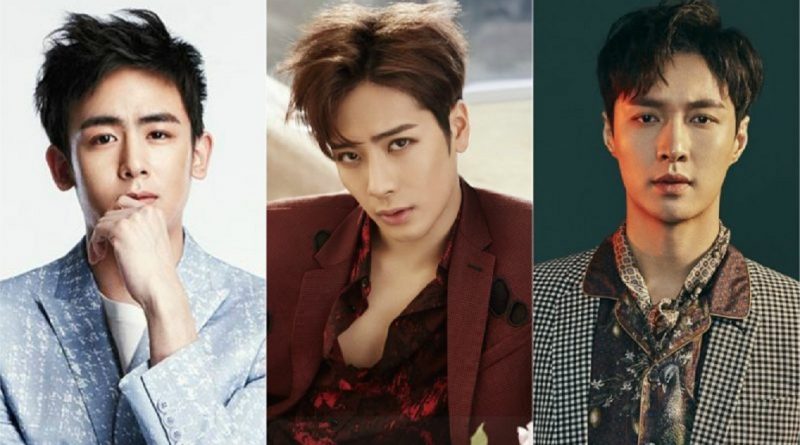 The man who’s born on October 7, 1991 is the only foreign member left in the phenomenal idol group, EXO. Previously, EXO had Kris, Tao, and Luhan who were also the foreign members of the group, but the three decided to depart from the group. Lay whose original name is Zhang Yixing came from China and debuted with EXO in 2012. At first, Lay is included in the China sub unit named EXO-M. After the three foreign members of EXO left, eventually he joined with the other Korean members. Now Lay has expanded his wings in acting and reality shows in Korea and China.

Image Source: Lifestyleran
This member of Got7 has the real name of Jackson Wang Jia Er. Jackson is a rapper, singer, and dancer who has Hong Kong citizenship. When Jackson first appeared on the Korean TV show, he showed a very amazing Korean language skills. In addition to that, Jackson is also fluent in Cantonese, Mandarin, Shanghai, and Japanese. Jackson is now also successful in entertaining the audience through tv shows that he starred in.

Nickhun can be regarded as the first Korean idol to come from Thailand. Nickhun’s real name is Nichkhun Buck Horvejkul and is a member of 2PM. He’s born on June 24, 1988 and has starred in Korean reality show ‘We Got Married’ with Victoria of f(x). Besides being well-known in Korea, in his native country too, Nickhun is very famous. Aside from being able to speak in Thai and Korean fluently, Nickhun is also fluent in Mandarin and English.

July 2, 2017 Ria Comments Off on Yoo Ah In is Discharged From Military Service