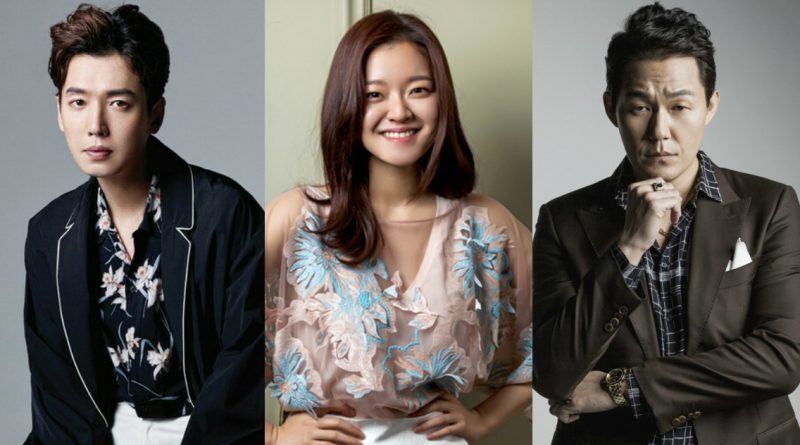 ‘Life on Mars’ is finally set their main characters completed with Jung Kyung ho, Park Sung Woong and Go Ah Sung before the beginning of its first shoot. The newest drama ‘Life On Mars’ is a originally a tv series from England with the same title where this drama will took the material part of movie ‘Voice’, ‘Tunnel’ and ‘Bad guys’.

The ‘Life On Mars’ tv series airs in BBC since 2006 and it is one of the well-recognized works in England. This also one of the popular tv series that so many people loved and has been remake in United States and Spain. OCN now decided to remake ‘Life on Mars’ with the same title and will told a story about investigation with more thrill and charm.

This drama told a human investigation that has been done in 1980s where two detectives Han Tae Joo and Kang Dong Chul. The two of them has no solid evidence for their investigation.

Jung Kyung Ho will play a role of Han Tae Joo, a science detective who suddenly woke up at 1988. He hold on to his principal where he needs to find the solid evidence to solve the criminal case. Han Tae Joo has solved and learned a lot of murder series case and later he will joined as detective on 1988 where the interesting retro rhetoric begun.

Park Sung Woong will play a role of Kang Dong Chul. He ignores the evidence and just do whatever he wants. Eventhough he is acting like that, he was a veteran detective who had solved a lot of crime case with his great sense and intuition. When Han Tae Joo joined the team, he became challenged as they continue with their investigation called ‘scientific investigation’ that has become one of the main issue in this drama. Furthermore, Tae joo and Kang Dong Chul will meet twice in their lifetime and that is on 2018 and on the 80s. The viewers are also curious about the outcome of the two actor Jung Kyung Ho and Park Sung Woong who have a totally different charms.

Go Ah Sung is also returning to small screen after a year with her role as Yoon Na Young, she is an ace of thermoelectric investigator. She has a dazzling charm and anti-war personality on contrary to her graceful appearance. She wanted to become an officer because she wanted to be a competent detective like those female detective in the mystery novels but the reality is just far cry from her imagination.

Meanwhile, ‘Life on Mars’ is a combination of trusted actors and producers that is set to air this June after ‘Children of a lesser god’ and ‘Mistresses’.

June 13, 2017 Tirta Comments Off on TOP Has Been Discharged from the Hospital
DRAMA VIDEO