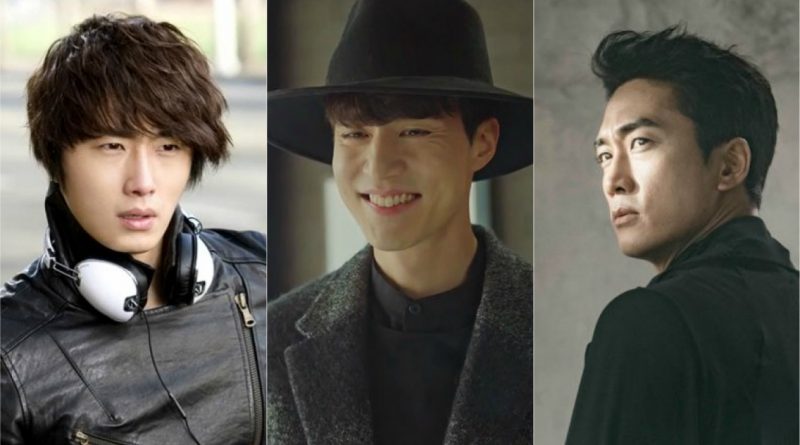 In the drama SBS ’49 Days’ Jung Il Woo plays a Grim Reaper named Song Yi Soo. Of the many roles in various Korean drama series, the role played by Jung Il Woo in the 49 Days series is quite unique. With the role he played, he managed to captivate the hearts of local and International audiences. In this drama he acts as a death angel whose job is to take the life of a human, but the image of the angel of death he plays is different from that imagined. Jung Il Woo’s handsome figure, with a tall stiff body and six-pack stomach, certainly breaks the stereotypes of the death angel that is identical with death. Jung Il Woo managed to make the tears of the viewers streaming thanks to his acting.

In tvN’s drama ‘Goblin’ Lee Dong Wook plays a Grim Reaper named Wang yeo. But who would have thought, it turns out that he almost did not get the role of Grim Reaper. In this drama Lee Dong Wook is very identic with his black hat. Although his character is creepy when picking up the dead, he has a funny side when he is with Kim Hyeong (Gong Yoo). In fact he shows a bromance relationship with Gong Yoo which further adds to the interest of the audience to watch this drama.

In OCN’s drama ‘Black’ Song Seung Heon plays Grim Reaper character, Black. In this drama Black enters the body of a detective to live in the world. He co-acts with Ha Ram (Go Ara). Black and Ha Ram then together struggle to help the lives of many people by breaking the rules set by heaven. His role in the drama is often compared to Lee Dong Wook’s role in ‘Goblin’. But in reality, the role he plays in ‘Black’ managed to make audience laugh when he adapts himself in the human body.