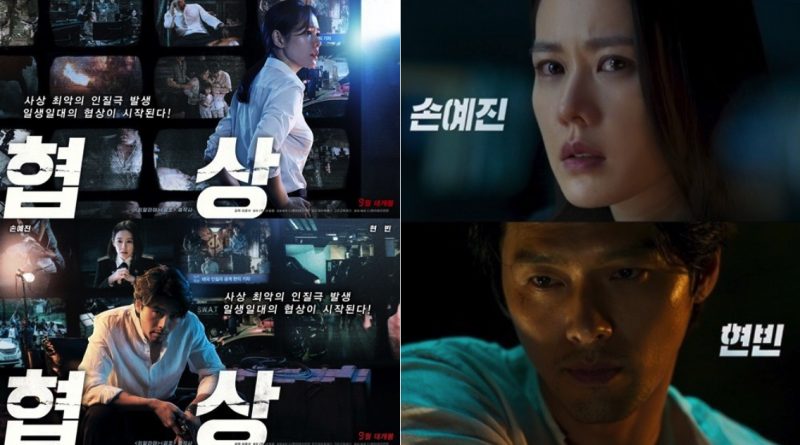 The movie ‘Negotiation’ just released two teaser posters and trailer for its movie.

‘Negotiation’ is a crime themed movie which tell a story of the worst kidnapping crisis that happened in Thailand and the negotiator Ha Chae Yeon will fight the battle to negotiate in order to stop the kidnapping and beat Min Tae Gu within the time limit.

In the teaser posters there are words written “The worst kidnapping crisis that ever happened. Negotiation between life and death has just begun!” that made the viewers can feel the suspense. First, Sn Ye Jin transformed into Ha Chae Yeon, a master of negotiation in the movie that showed her professionalism by her calm attitude and serious as she tried to finish the case in the very serious situation. Then there is Hyun Bin who played the role of Min Tae Gu was seen on the screen as he was in the footage that showed his kidnapping victim which is the worst kidnapping that ever happened in the history, also the poster showed the tense situation in the investigation room.

Meanwhile, the kidnapper, Min Tae Gu who was seen holding the gun on his hand successfully captured the viewers attention since it’s Hyun Bin’s first challenge in the villain role.