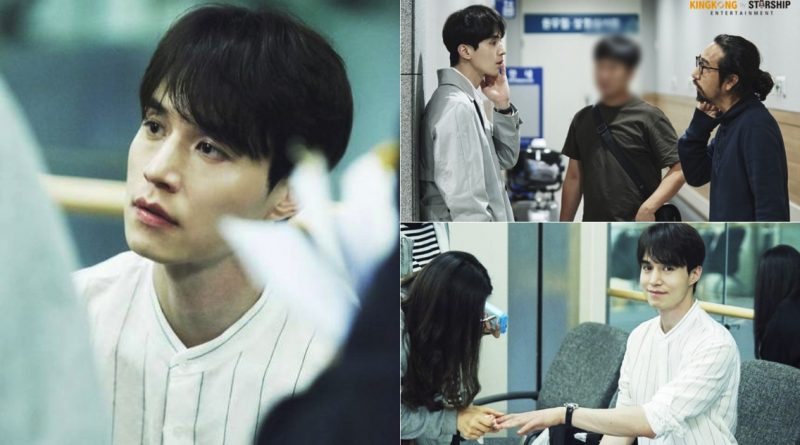 Lee Dong Wook made the viewers feeling enthusiasm through his character in drama ‘Life’.

In 7th of august, the agency of Lee Dong Wook unveiled the behind cut of Lee Dong Wook in the filming location which he played the role of a specialist in the emergency medical center in JBTC drama ‘Life’.

In the released pictures, Lee Dong WOok was seen transforming into the character of Ye Jin Woo with a great effort. He captured the viewers attention through his serious expression when he was exchanging ideas with PD Hong Jong Chan for the scenes before the filming begin and the way he listened and focused to the staff’s direction.

In the released pictures, Lee Dong Wook was showing his strong passion on reading his script and he was goofily smiling when he was wearing a bloody make up on his hands.

Lee Dong Wook naturally transformed into Ye Jin Woo and drew a deep character through his emotional lines. The fifth episode of drama ‘Life’ that aired in 6th of August revealed Ye Jin Woo shred tears when he was trying to save his patient.