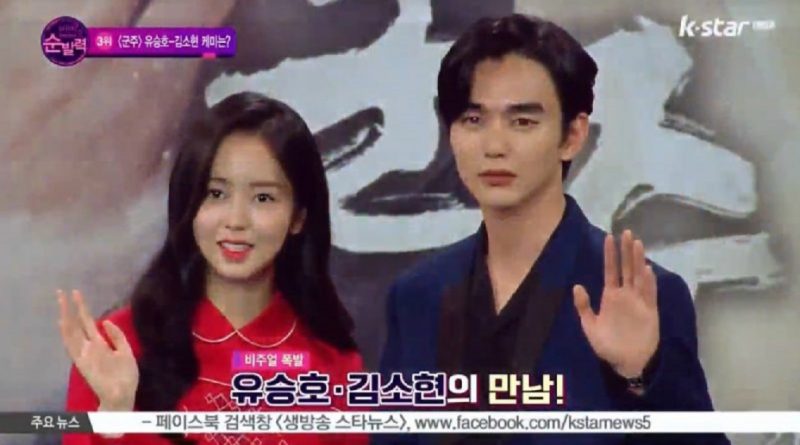 Not only blessed with perfect visuals, Yoo Seung Ho and Kim So Hyun also have exploding chemistry. During ‘Ruler: Master of the Mask’ press conference, Yoo Seung Ho mentioned that he wanted to call Kim So Hyun, who’s actually 6 years younger, with ‘Nuna’. “When I first met her, I cannot speak informally to So Hyun eventhough she’s 6 years younger than me. She looks very mature, just like a Nuna,”

“I also feel like we don’t have that much age gap when I’m acting with Seung Ho Oppa,” said Kim So Hyun. “At first we were really shy toward each other whenever we’re doing romantic scenes. But now we often joke around. We really enjoy the shooting process. I believe I have to thank him for that,”

Due to their apparent chemistry, ‘Ruler’ managed to snatch the first position of Wednesday-Thursday drama slot in its first week!