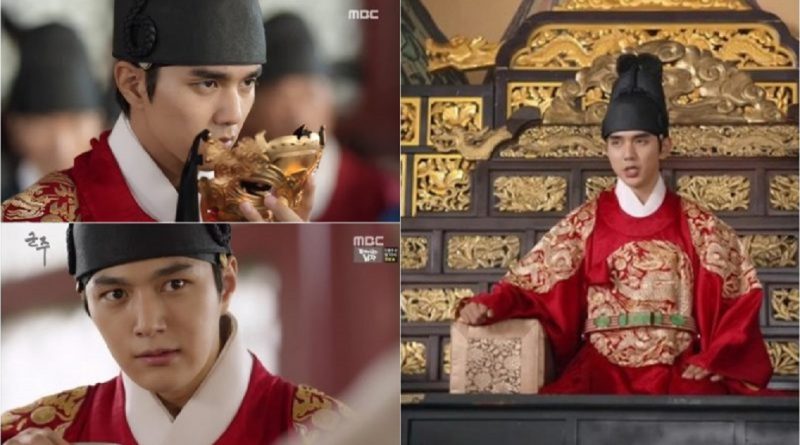 On July 12, MBC’s Wednesday-Thursday drama, ‘Ruler: Master of the Mask’, showed that Yoo Seung Ho won the battle of truth with L (Kim Myung Soo) and seized the throne.

With the past events, both will prove who is the real king. Both of them took off the mask to make sure and then it was revealed that the crown prince was the master. To prove that he lived as a master, the fact that he had been tortured by Dae Mok from the Pyeonsoo organization, the queen was called from Geunjeonjeon as a witness.

Queen Seon Deok said that he is the crown prince, he has testified when the poison case happened on the day the previous king was killed and the crown prince was born. Woo Bo says if the crown prince is poisoned there will be a reaction on his shoulder and the inscription ‘xuan’ 煊, mentioning a letter.

Finally, the Queen has all the truth, a true king is proclaimed as the crown prince Lee Seon. Then, the Pyeonsoo flower field is no longer burning, it is said that the antidote can save everyone from the death, “some will make the antidote and save the lives of the people”, for the sake of his people he leads firmly as the king.

But the crown prince cannot find the culprit and give up the Dae Mok family. The crown prince answers Dae Mok’s question about “Why do you want to find an antidote for those who try to stab you and kill the crown prince” with “They are my people. The king is born to his people. We must not differentiate people who want to kill me even”.