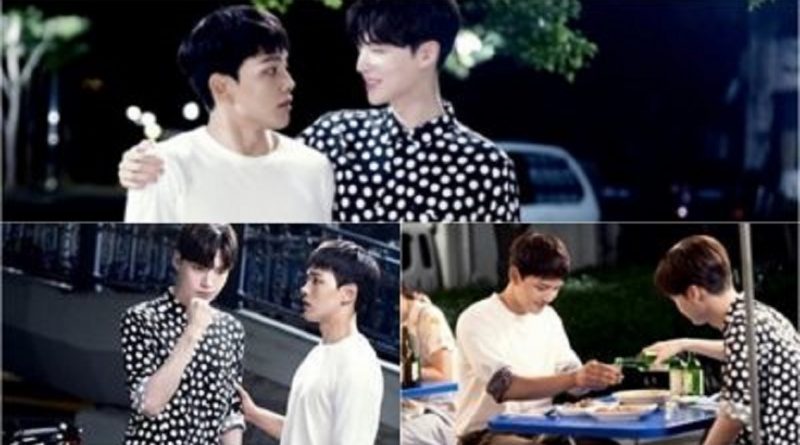 On Wednesday-Thursday’s drama SBS ‘Reunited Worlds’, Yeo Jin Goo plays as Sung Hae Sung, a 31-year-old mysterious man with a 19 year-old body and mind, while Ahn Jae Hyun as Cha Min Joon is a handsome and a restaurant owner. Sung Hae Sung loves Jung Jung Won (Lee Yeon Hee), a friend of his age. Min Joon also has feelings for Jung Woon and the three are involved in ‘love triangle’.

Being in a love triangle with Lee Yeon Hee, Yeo Jin Goo and Ahn Jae Hyun’s very friendly looks have attracted attention. Min Joon (Ahn Jae Hyun) believes that Hae Sung (Yeo Jin Goo) is his cousin’s sister. Min Joon scene where he poured soju for Hae Sung while enjoying the drink together made them look like brothers.

Furthermore, Hae Sung and Min Joon embraced each other, expressing different reactions. Unlike Min Joon who was seen smiling, Hae Sung’s expression looked shocked and overwhelmed. At the same time, Min Joon told Hae Sung to stand behind him, and the situation tensed up when they had to face a group of men on the street. Viewers became curious on what will happen to them.

The shoot of ‘Bromance Shoulder’ from ReuYeo Jin Goo and Ahn Jae Hyun were taken in Ilsan-gu, Kyeonggi-do. On the day of the scene, the filming began at midnight. Due to the tropical weather, the temperature was cold at night, and many had trouble while filming outdoor. Despite that these two men created a friendly atmosphere and kept smiling.