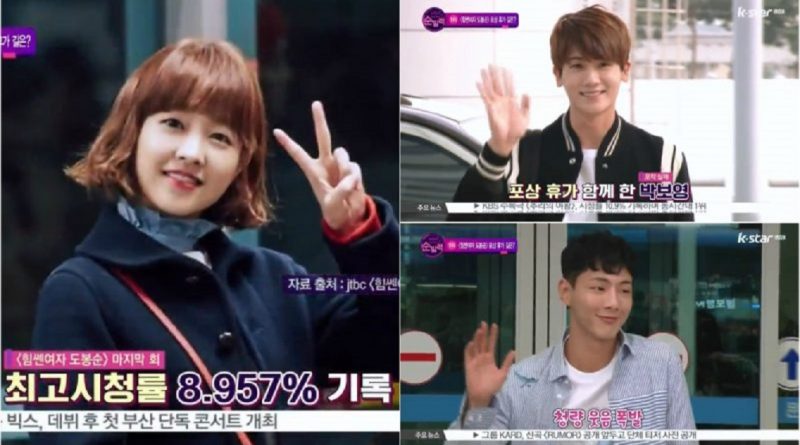 The ‘Strong Woman Do Bong Soon’ main casts already have a busy schedule even though the drama has just ended.

‘Strong Woman Do Bong Soon’ received a lot of love due to Park Hyung Sik and Park Bo Young’s chemistry, has become JTBC’s highest rated drama with 8,957% rating for its last episode.

Right on the day where the last episode ‘Strong Woman Do Bong Soon’ was aired, Park Bo Young had a fan signing for a brand that she modeled. That day, Park Bo Young looked lovely with white blouse and blue short skirt. Park Hyung Sik has also released a new CF. He becomes the brand’s new model, replacing Yoo Jae Suk.

On April 20, the casts and crews of ‘Strong Woman Do Bong Soon’ gathered in the airport to start their reward vacation in Bali. Ji Soo looked stylish with trousers, combined with patterned shirt and sunglasses. Park Hyung Sik then appeared with a ‘boyfriend look’, wearing ripped pants and baseball jumper. Park Bo Young also joined the team’s reward vacation, however, she did not make a public appearance in front of the reporters

June 20, 2017 Gita Comments Off on Korean Stars Give Their Support for ‘The Villainess’ Movie
MOVIE VIDEO