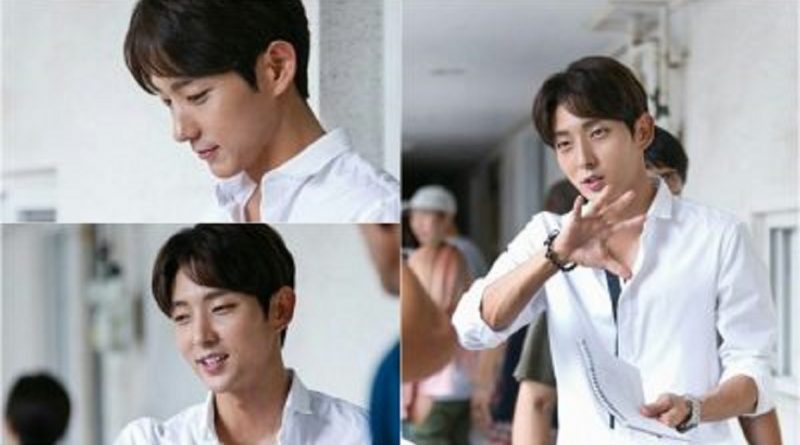 In the broadcast on August 15th, Lee Joon Ki used a white shirt, smiled, and captivated the female audience. On set, Lee Joon Ki created a good atmosphere in the team with passionate communication with staff and actors. He constantly adjusted his appearance and gave his best acting performance in front of the audience. He also was seen exchanging ideas with the producer.

The drama ‘Criminal Mind’ has a large number of viewers, and the support from the audience along with Lee Jun Ki’s popularity keep on increasing. Through the process of pursuing and investigating criminals, his acting attracted viewer’s attention.

At the end of episode 6 of tvN ‘Criminal Mind’ drama, telling stories of the abduction and mistreatment of women, it was revealed that the real villain who committed the murder was Yoo Kyung Song. In this week’s broadcast, expectations for the upcoming stories are increasing. Episode 7 will be airing on the 16th at 22.50 pm.

October 24, 2017 Ria Comments Off on Korean Celebrities Showed Fall Fashion Style For The Premiere of ‘Man of Will’
MUSIC VIDEO