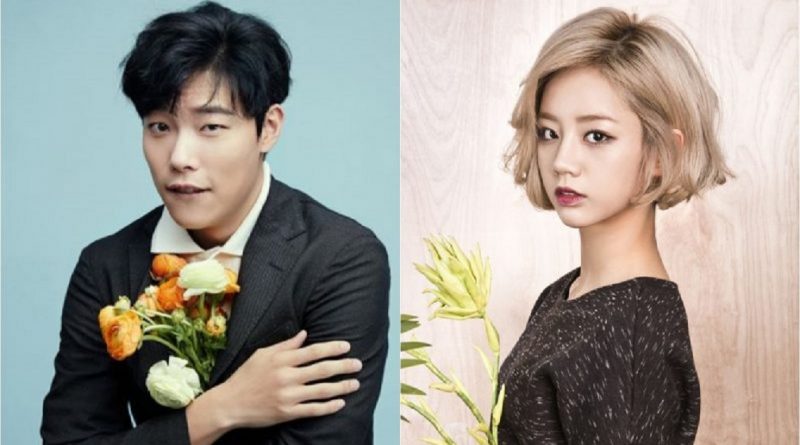 Currently, actor Ryu Junyeol and Hyeri are said to be dating. On the 16th, a media released the photos of them who were on a date. The agency quickly declared “They just decided to become lovers”. In a photo taken in March, the two were talking intimately. In a drama Hyeri married Park Bo Gum. Can it cure the disappointment in the real world? Both look at each other with a friendly gaze.

In 2015, both acted together in tvN ‘Reply 1988’, there were rumors on the set and in 2 years it became a reality. When the drama was popular, the production said, “The atmosphere of Ryu Jun Yeol and Hyeri is remarkable. As if they were dating. His eyes were also great”, but at that moment they were just friends.

Then have they been dating for a long time? Or are they just starting a relationship when the photos are revealed? After the drama’s success, each of them was involved in dramas and movies and there was no time to have a relationship. Ryu Jun Yeol is involved in MBC drama ‘Lucky Romance’, ‘The King’ movie, and ‘A Taxi Driver’. Currently, Ryu Jun Yeol is filming ‘Drug War’. Hyeri was busy with various activities. After becoming the main character of the SBS drama ‘Entertainer’, Hyeri was busy filming the movie ‘Monster’.

Based on the people in the entertainment world, both have a great sympathy as a good co-worker even though they have various activities.

A person who really knows them said, “They already like each other, but cannot directly become a couple because of various conditions. Hyeri is already open with her relationship, Ryu Jun Yeol is also a shining star. With a busy schedule, they realized they could not meet each other. After a long time, it’s been a month after they’ve decided to date”.

Ryu Jun Yeol is famous as a sincere actor in the entertainment world. Song Kang Ho who collaborated with him in the movie ‘A Taxi Driver’ praised him, “I like Ryu Jun Yeol’s energy”. When Hyeri is in the process of transforming herself from singer to actress, she gets strength with warm words from her good friend Ryu Jun Yeol. In the tough world of entertainment life, the two people naturally evolve from co-workers into partners.