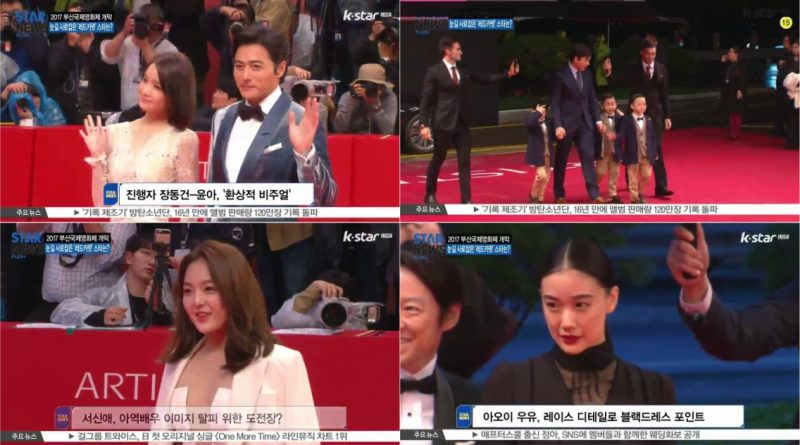 The 22nd Busan International Film Festival opening ceremony was held at the Busan Cinema Hall on October 12th, hosted by Jang Dong Gun and Yoona. Famous actors and directors from abroad, until the stars in the country attended the red carpet event.

Jang Dong Gun looked elegant in a velvet suit and Yoona showed off her feminine appearance in a white dress. The most talked-about star is Seo Shin Ae, The child actress who plays in the sitcom ‘High Kick! 2’ wore a white dress with an open chest line, making herself a hot conversation on various online sites.

The youngest guests of the year! Daehan, Minguk, and Mansaae presented with Song Il Kook bringing hot topics. The triplets wore a cream-colored suit contrasted with their father wearing a navy-colored suit while attending the red carpet. In addition, more than 200 stars attended the red carpet this year by showing a variety of charms. Busan International Film Festoval is held for ten days until October 21st.