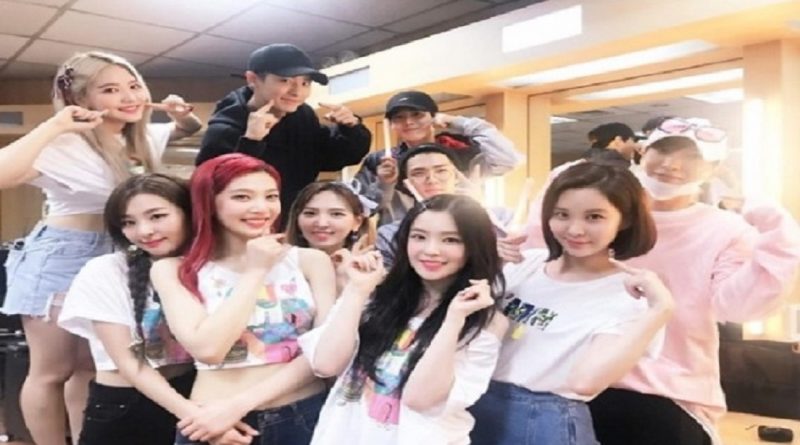 The singers of SM Entertainment came to visit Red Velvet for their first concert.

On the 20th, Super Junior Leeteuk posted a photo on Instagram with the caption “#smtowns #sj #exo #snsd #rb successful Red Velvet concert”. In the posted photo, there are SNSD’s Seohyun, EXO’s Suho, Chanyeol,Sehun, Super Junior’s Leeteuk, and Red Velvet members. Each of them made a cute expression and looked dazzling as a family.