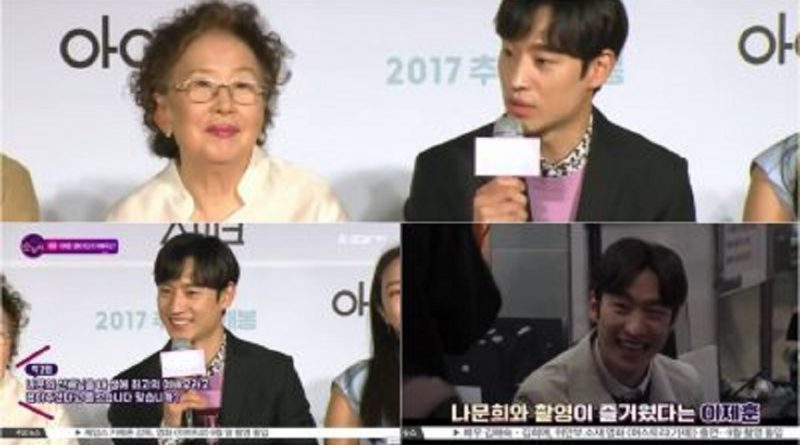 “Since I was a kid, I kept watching her works (Na Moon Hee), I thought of what would I say if I met her. The first time I did a script reading with her, she told me to speak as comfortable as possible, so every time I met her I felt comfortable, “said Lee Je Hoon.

Lee Je Hoon enjoyed filming with Na Moon Hee in ‘I Can Speak’. “Je Hoon is very clever, because he is an actor, he has pride and he comes up well in my remembrance” Na Moon Hee praised. Lee Je Hoon and Na Moon Hee show the best chemistry with a huge age gap.

The film starring Lee Je Hoon and Na Moon Hee ‘I Can Speak’ will be released in September.

October 15, 2017 Ria Comments Off on Girls’ Generation Will Not Disband Although Tiffany, Seohyun and Sooyoung Have Left SM Entertainment
DRAMA VIDEO