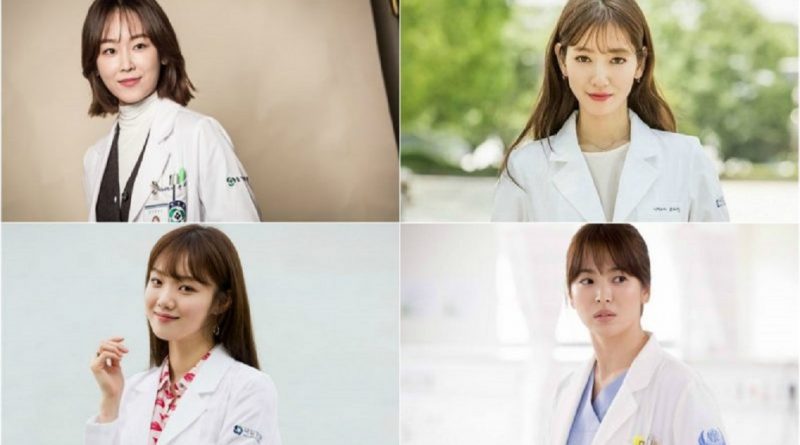 Lately, the medical genre is being favored by the K-Drama lovers. This genre not only raises a beautiful or handsome character but a genius in accordance wit their profession. Beautiful and genius doctors attract more attention from the viewers. Many female and male fans admire their figure. Who are they?

1. Song Hye Kyo as Kang Mo Yeon in ‘Descendants of the Sun’

In the drama ‘Descendants of the Sun’, Song Hye Kyo plays the role of Kang Mo Yeon who is a doctor assigned to the volunteer work in Urk. Not only beautiful and smart, Kang Mo Yeon is also included as a person who is soft hearted and willing to sacrifice for others. The occurrence of an earthquake that struck a building put her in a danger between life and death.

Park Shin Hye in the drama ‘Doctors’ plays the role of Doctor Yoo Hye Jung. Yoo Hye Jung is a doctor who is not only beautiful and smart but also friendly and humble. Therefore 2 male doctors who work with her Hong Ji Hong (Kim Rae Won) and Jung Yoon Do (Yoon Kyun Sang) fell in love with her. Her expertise in martial arts also adds to her charms in the drama.

Seo Hyun Jin in the drama ‘Romantic Doctor, Teacher Kim’ plays as Yoon Seo Jung. Yoon Seo Jung is a very smart woman and has a high desire. She is very energetic and exudes a charm that cannot be overlooked by the viewers.

Still in the same drama as Park Shin Hye, ‘Doctors’, Lee Sung Kyung plays as Doctor Jin Seo Woo whose IQ is above others. That’s why she managed to get into a reputable university to get a doctor’s degree. Growing up in a family that always demands high on her, makes Jin Seo Woo grows up as a competitive woman who doesn’t want to lose. However, Jin Seo Woo (Lee Sung Kyung) has a good heart proven by apologizing to Yoo Hye Jung (Park Shin Hye) at the end of the story. This makes fans admire her role.

Which of these four beautiful doctors left the best impression in your opinion?