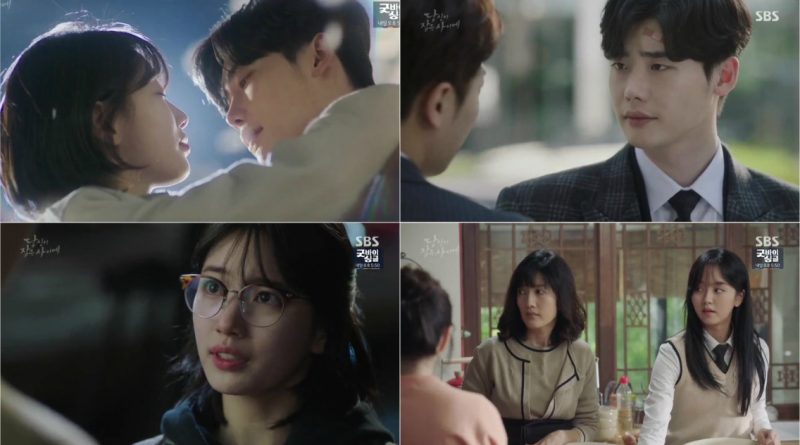 DRAMA
October 8, 2017 Ria K-DRAMA, While You Were Sleeping

In SBS’s Wednesday-Thursday drama ‘While You Were Sleeping’ episodes 5 and 6 on the 4th, So Yoon (Kim So Hyun) learned that her father’s case will be dismissed. Jung Seung Won asked who the judge was and he knew that the prosecutor who was in charge is Jung Jae Chan (Lee Jong Suk).

Ms. So Yoon said that there was something to discuss with her father so she told So Yoon not to come home because she was worried about So Yoon coming home. She was accompanied by Jung Seung Won.

Jung Jae Chan who had a dream asked for help to Nam Hong Joo. Nam Hong Joo also had the same dream associated with Seung Won. She found out that Jung Seung Won was involved in So Yoon’s father’s murder case when she wanted to help So Yoon, and the two went to solve the incident.

At that time, So Yoon’s father once again committed domestic violence. But there was a fire alarm in his apartment. The bell was pressed by Hong Joo. Han Woo Tak(Jung Hae In) also followed Jung Jae Chan and Nam Hong Joo going to So Yoon’s house, and So Yoon’s father stopped the violence when seeing a police car.

Nam Hong Joo brought So Yoon and her mother to her house. She said, “Believe the prosecutor. Until then come home first”. Jung Jae Chan tried to solve So Yoon’s father’s case again, and the responsible lawyer in the case, Lee Yoo Bum, was angry at him. In the end, he showed his scary side.

Jung Jae Chan’s past was also revealed. He became a prosecutor because of his father’s wishes. Moreover, his father found a soldier who escaped and told Jae Chan to go home. His father also died of being shot by the army. The soldier was also the man who killed Nam Hong Joo’s father. The relationship between these two was revealed.

On the other hand, Han Woo Tak who got the dream finally caught between the two people. He was very surprised to find that his dream could come true.