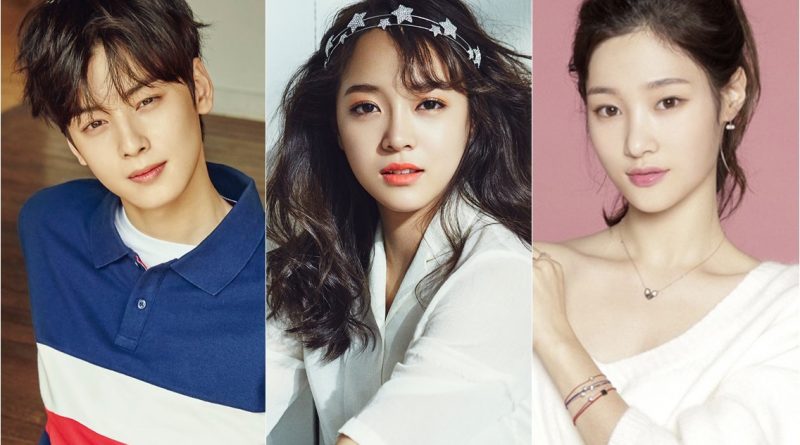 Idols need to struggle to make a debut especially those who are still a rookie and want to try other fields such as acting. Fans have diverse opinions, there are pros and cons. But recently, some rookie idols who jumped into the world of acting actually attract attention and can get popularity quickly. Here is a list of 4 rookie idols that attract attention through acting.

One of the reason that makes Kim Se Jong lucky is to get a lead role for her acting debut. Kim Se Jong’s role as Ra Eun Ho in the drama ‘School 2017’ did quickly attract attention even before its airing. That’s because the drama ‘School 2017’ has a reputation as a drama that produces a talented new star. Although initially many are against Kim Se Jong acting because it is too soon for her to be the main character, but apparently she can prove herself worthy. Acting as a cheerful, active, and passionate high school kid, Kim Se Jong acts naturally without being over the top. Although this is herfirst drama, Kim Se Jong already looks like a professional when playing the role of Ra Eun Ho.

Eun Woo debuted as a member of ASTRO. But right now he is developing his career as an actor. Eun Woo once appeared on the web drama entitled ‘To Be Continued’. But Cha Eun Woo became known through KBS drama ‘The Best Hit’ which aired this year. Cha Eun Woo plays the role of MJ, a well-known superstar. Although he is not the main character, the figure who plays the character of the superstar also exudes the charm of stars that have been attached to him.

April 21, 2017 Tri Comments Off on Lee Min Ho Will Start His Military Duty on May 12
DRAMA VIDEO

March 28, 2017 Tri Comments Off on Idols Who Are Busy Acting
MOVIE STAR VIDEO