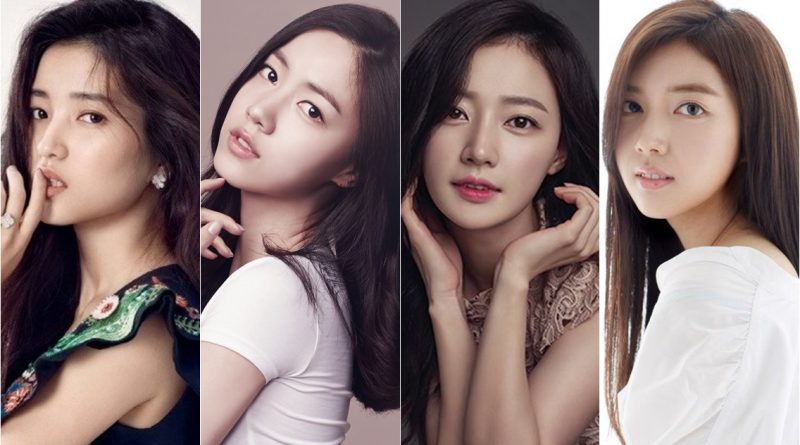 Kim Tae Ri took a step ahead acting on the screen, and after gaining her momentum, she has been playing a major role ever since her debut in the theater. She became the first lead actress in the new tvN drama ‘Mr. Sunshine ‘. This work received great interest because of having a great team. Written by Kim Eun Suk who also wrote ‘Goblin’ as well as a top-line actor Lee Byung Hun.

Her big age difference with Lee Byung Hun which is 20 years old makes viewers wonder, what kind of chemistry they will show. Kim Tae Ri plays the last daughter of Ko’s family, named Go Ae Shin. The drama will air next year.

Ryu Hwa Young will star in new drama Monday Tuesday KBS 2TV ‘Mad Dog’. Previously, she has given a positive impression through ‘Age of Youth’ and ‘My Father is Strange’. In her work this time, she will captivate viewers as one of the Mad Dog team. She will showcase a variety of charms and acting skills that have never been shown before. In the drama, Ryu Hwa Young plays the role of Jang Ha Ri. The character has a sexy, perfect visual, and intelligent brain. For the sake of investigation, she transforms into an infinite figure of any role, such as girl crush, innocent student or sexy woman.

Song Ha Yoon has become popular after 14 years of debut. In the drama ‘Fight For My Way’, she acted as Baek Sul Hee and received so much love from viewers. Her acting performance was amazing. She was able to captivate viewers with her unique and strong character. She showed a real couple-like chemistry with Ahn Jae Hong and made people empathize. Plus, through this work, she won the Women’s Excellence Prize in the 2017 Korea Drair Awards.

June 14, 2017 Tirta Comments Off on So Ji Sub Donated 100 Million Won from the Profit of His Fan Meeting