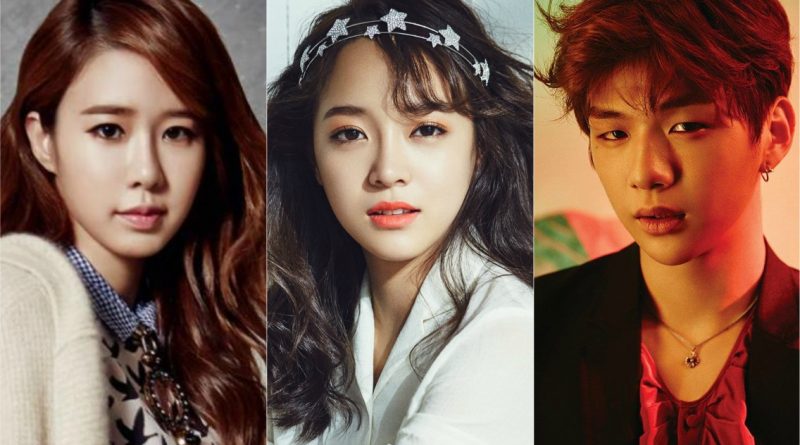 Often the fans are envious with the luxurious lives of Korean stars. But who would have thought, many of those who went through a difficult time when they were little, and they shared their stories while doing promotions to encourage their fans. Here are 3 Korean stars who have a tough childhood.

Yoo Inna is a popular actress with warm personality, and many people think she is an idol since she was in school. But the reality is different, Yoo Inna admitted that she was a schoolgirl who got bullied and excluded by her school friends. She explained that she was preparing to go to high school acting, “I was excluded by my friends because my teacher was very kind to me. If I leave the class for lunch, my friends would replace my chair in the classroom with a broken chair or had leftovers in my desk. So if anyone tells me about the same situation I had experienced, I’ll try to embrace them.”

Kim Sejeong grew up with her brother and her mother facing some economic difficulties. Sejeong began to hide her feelings whenever she went through a difficult time and preferred to spend time at school to be alone. She explained, “I could not express my feelings to my family, so it was harder for me to tell my friends I could not tell them all and shut my mouth and my friends left me one by one.That’s because it’s hard to do ‘give and take’ to my emotions.”

A member of the boy group who becomes a hot topic in Korea, Kang Daniel had a difficult time when he was in school. He revealed, “I was often bullied because I’m ugly as a kid, I once thought that I might be worse than them but I can dance sing, so I show my pride and realize that my self-esteem started to increase.” But now everything has changed, now all eyes are on the looks of Kang Daniel’s face. Daniel manages to show his pride with his amazing achievements in Korean entertainment world.