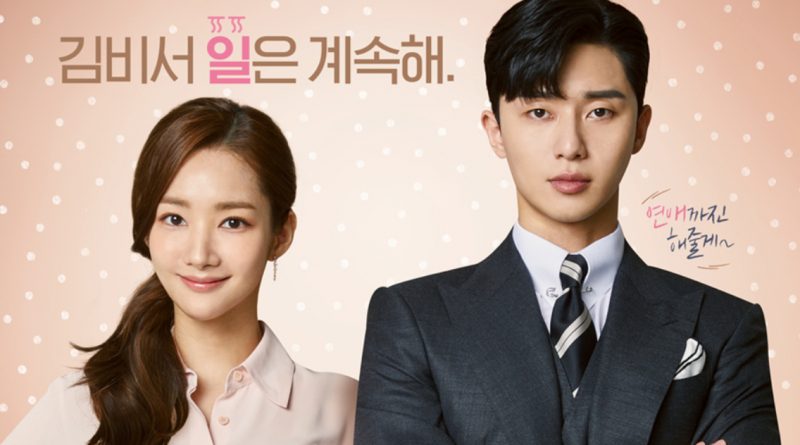 It’s not difficult to tell the success of drama ‘Why Secretary Kim’. First, is the power of its original work. In fact, the original work has captured a lot of attention and it is proved even before the drama was released. The lineup of amazing actors also one of the main reason. Starting from the visual to acting ability, Park Seo Joon who played the role of a vice chairman and Park Min Young who play the role of his legendary secretary perfectly brought their character into life as if it’s coming out of the comic. Despite all those thing, the reason why the two of them successfully live up their character without feeling awkward is that because their ability to act.

The viewers has a high expectation on Park Seo Joon. Before this drama, he has proven himself and his ability as the main lead of romantic comedy drama through ‘Kill Me Heal Me’, ‘She Was Pretty’, and ‘Fight for My Way’. But unlike Park Seo Joon, this romantic drama is the first challenge of Park Min Young in 12 years.

But ‘Why Secretary Kim’ is indeed different.

Park Min Young showed her excitement and her worries on playing the role of Kim Mi So character. Lee Young Joon who naturally gained sympathy from the viewers because he keeps trying so hard to won Kim Mi So heart is now completely confused the cold treatment that the latter gives him.

Unlike the cheerful and candy-like main lead, Kim Mi So is a professional on her work. Despite of that, the slight comedy that was added to this drama successfully make the viewers laugh. When Park Seo Joon tried to kiss her in the end of the fifth inning, he pushed Park Min Young away. The expression on Park Min Young’s face where her lips were sticking out made her face looking extraordinarily funny and brought laughter to viewers.

Park Min Young’s acting and the expression that fits well with the setting of comical in this drama is also another point. The ability of Park Min Young to look lovely makes the viewers fell in love with her character. Now the attention is focused on will Park Min Young be able to get the title of ‘Trusted Romcom’ actress and continue her golden age.

May 17, 2017 Tirta Comments Off on PSY’s Album is Full of Collaboration with Fellow Top Stars
DRAMA VIDEO

July 16, 2017 Ria Comments Off on The Cast of ‘Single Wife’ Do Photoshoot Together for Their Drama Poster