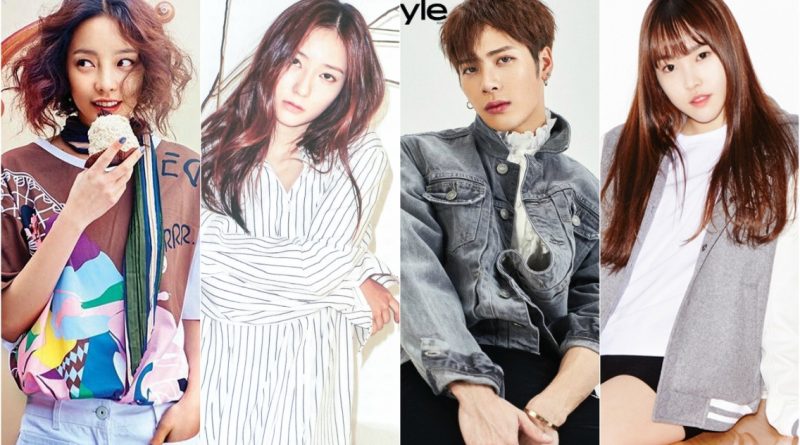 Overly packed schedules and not enough rest can cause a person to experience pain such as dizziness or nausea. The two minor pains could have been held, but the lights and loud sound on stage could be the cause of the four idols below fainted and had to be rushed to the hospital .

On October 24th, 2013 the former member of KARA, Goo Hara suddenly collapsed onstage during KARA’s concert in Japan titled `Kara 2nd Japan Tour 2013 Karasia`. Goo Hara fainted due to fatigue with a number of activities she did. Luckily she only experienced a slight dizziness and can return to the stage after receiving first aid.

A packed schedule with a weak physical condition will cause unwanted things to happen. Krystal in 2010 fainted while performing the song ‘Mr. Boogie ‘, she fell unconscious from exhaustion and lack of sleep. She collapsed after performing dancing on the ice in the program ‘Kiss & Cry’ in 2011. She sat with her head drooping, despite trying to rise, Krystal still lost consciousness. The audience who was present was surprised and worried about her health condition. Then at SMTown concert in 2014, she also fainted after the song ‘Red Light’.

Jackson was forced to be rushed to hospital during a fan meeting last March. Things got worse when Jackson started to get sick backstage and then collapsed.

Yuju was rushed to the hospital during a fan meeting last August. She began to feel pain when she sensed a disturbance in her stomach. Yuju was diagnosed with acute inflammation on the large intestine. For a while, she had to undergo serious treatment and take rest.

April 26, 2017 Tirta Comments Off on A Look at ‘Strong Woman Do Bong Soon’ Main Casts’ Activities after the Drama Ends
MOVIE VIDEO