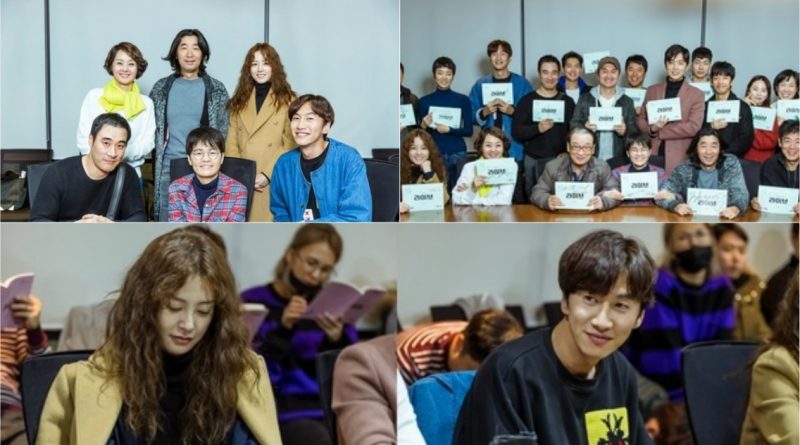 tvN’s drama ‘Live’ shows the power of its cast by releasing the first script reading.

tvN ‘Live’ is scheduled to air in the first half of 2018 as a result of the collaboration of director Kim Kyu Tae and writer No Hee Kyung who once worked in the drama ‘It’s Okay This is Love’ to become a hot topic and get a lot of hope from viewers over the casting of great actors like Jung Yu Mi, Lee Kwang Soo, Bae Sung Woo, Bae Jong Ok, and others.

The ‘Live’ drama describes the wounds of police officers trying to recall precious values, and small definitions of everyday life, and centered on events occurring at the police station. This drama is a new work that will reveal the appearance of a police officer who has been described only as a symbol of strength over the years and will tell a funny story and sympathy hidden behind a police uniform.


An unusual combination between Jung Yu Mi (Han Jung O) and Lee Kwang Soo (Yeom Sang Soo) will be shown. Jung Yu Mi will return to grace the television screen after three years, and himself proved to be an irreplaceable cast by revealing the amazing charm of a policeman (Han Jung O). Lee Kwang Soo who has been acknowledged by his original appearance will play the real police ‘Yeom Sang Soo’ and will play his character wholeheartedly.

In addition, the long-awaited popular actor Bae Sung Woo has finally returned to entertain the viewers. Bae Sung Woo plays the police ‘Oh Yang Chon’ who dismantles the cases with the personality he has. Actress Bae Jong Ok plays the role of ‘An Jang Mi’, the wife of Oh Yang Chon who attracts viewers with her charisma.

In addition, actor Song Dong Il, Jang Hyun Sung, Shin Dong Wojj, Lee Si Un, and others will also take part in this drama. They will fill the drama story by describing the life of police officers more clearly.

In that day’s script reading, the drama ‘Live’ is known to describe incidents unceasingly and continues to portray great stories in each episode.