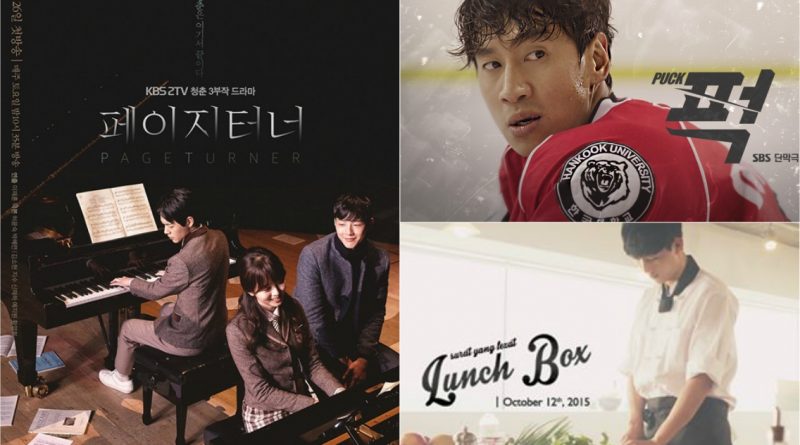 Korea is famous for its good quality drama. Not only in terms of the actors who are well-known, Korean drama is  very concerned also with its story and settings. But not just Korean dramas that usually consist of 16 episodes, Korean mini drama also has a story that is not less exciting. Despite only having a few episodes, many mini dramas have good story. Here are 3 Korean mini dramas that you should watch.

The mini drama ‘Lunch Box’ consists of three episodes starring Yong (Ji Soo), Lia (Amelia Tantono), Kang Seungmin, and others. This mini drama is a South Korean government advertisement in disseminating halal culinary tours for Muslims. It’s about Yong, a Korean boy who loves to cook and falls in love with Lia, an Indonesian college student studying in Korea. One day Yong learns that Lia is a Muslim, who only eats halal dishes. He also buys halal labeled food and search for Indonesian cuisine. Yong tries to attract Lia’s attention by making her a box of rice.

Mini drama ‘Puck’ consists of 2 episodes starring Jo Joon Man (Lee Kwang Soo), Heo Myung Geun (Jung Hae Kyun), Nam Sung Sil (Son Soo Hyun), and others. Joon Man works for a mafia boss as a debt collector. Ironically, he was forced to do it in order to pay off the debt of his ex-wife. A day later, in order to collect the debt from an ice hockey coach, he entered the sports team. You do not have to watch this movie long because the story is finished in two episodes.

The ‘Page Turner’ consists of three episodes and stars Yoon Yoo Aeul (Kim So Hyun), Cha Sik (Ji Soo), Seo Jin Mok (Shin Jae Ha), and others. Yoo Seul is a student in one of the high schools of Korean art. She is a talented pianist who has won many contests, but she lives her life over the wishes of her mother who became obsessed as a pianist when she was young. One day, Yoo Seul experienced an accident which was most likely to destroy her career as a pianist. Through the help of her friend Cha Sik and her rival Jin Mok, Yoo Seul starts a new life after the accident.