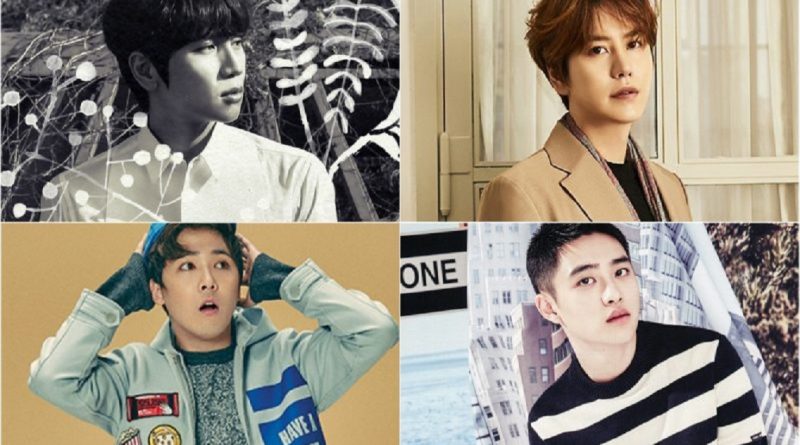 The male vocalists who will be mentioned below, according to CastKo, no one can beat the enormity of their voices when bringing ballad songs and pop songs. From sad songs, upbeat songs, fun songs, they can deliver it really well.

K.Will is a South Korean ballad singer, vocal trainer, dancer, songwriter, composer, and actor. K.Will first released a single titled “Dream” for OST drama ‘A Love to Kill’ in 2006. In addition to his job as a solo singer, K.Will has a lot of collaboration and drama OST, he can even rap and dance.

Kyuhyun is a South Korean singer who is also a member of Super Junior. Kyuhyun is the last to join Super Junior as well as the youngest (maknae) in the group. Kyuhyun is one of the lead vocalists in Super Junior. In addition to being a singer, he also runs a career in MCs, musical actors, and radio DJs. Kyuhyun underwent his solo debut in 2014 with a mini album titled ‘At Gwanghwamun’.

Lee Hong Ki is a singer, a songwriter, an actor, a writer, and a fashion designer. He is most famous for his singing ability and becomes the lead singer of pop rock band, F.T. Island. Lee Hong Ki released his first solo ‘FM302’ in South Korea on November 18, 2015 and his Japanese album ‘AM302’ on December 9, 2015.

With the real name of Do Kyung Soo, he is a singer as well as an actor. He is best known as a member and one of the male lead vocalists in EXO. Apart from his group activities, D.O also starred in various television and movie dramas such as Pure Love (2016) and My Annoying Brother (2016).

What do you think? Can you think of other vocalists whose voices are as seductive as theirs?

April 9, 2017 Tirta Comments Off on Kim Jae Joong Donated 20 Million Won to Help a Fan Who is in Coma
MOVIE VIDEO