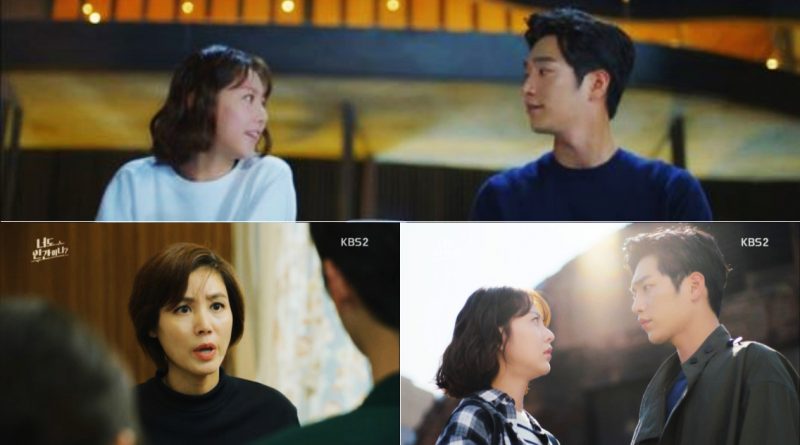 Gong Seung Yeon has showed that she has feeling towards the male robot Nam Shin as she found out the truth that the robot was going to be deactivated.

In the drama ‘Are You Human Too’ that aired in KBS yesterday, Kang So Bong (Gong Seung Yeon) realized the fate of robot Nam Shin III (Seo Kang joon).

Kang So Bong who was confused and wanted to quiet working as the private bodyguard went to the company and overheard the conversation between Oh Ro RA and Ji Young Hoon.

She told him about Nam Shin who has no longer listen to her and Young Hoon said “Are you really going to destroy him?” Oh Ro Ra then answered, “Not Yet. When the time comes I’ll do it” she said.

So Bong who overheard the conversation between the two of them was shocked to hear that Nam Shin III will be destroyed after being used.

Later then So Bong met Nam Shin and said “Now you are free. You can stop doing whatever I told you to. Now you are no longer my tin, don’t listen to whatever people told you to and do everything what you think is right for you” she said.

Later than robot Nam Shin said, “Am I supposed to not doing it my way? Didn’t you say that I shouldn’t pretend to be Nam Shin?” then later So Bong said, “Nam Shin is Nam Shin, You Are You” she said, while shredding tears for him.

Nam Shin robot was surprised when Kang So Bong suddenly speak with formality to him, “Head director, from now on I will quit working as your personal bodyguard. Thank You for all these time” she said then later she was about to leave robot Nam Shin.

But Nam Shin later then realized that the reason why he made her to his bodyguard. Nam shin then later analyzed and realized that she is the only one who cares about him and take care of him. Nam shin III finally grab a hold of So Bong who tried to leave him.