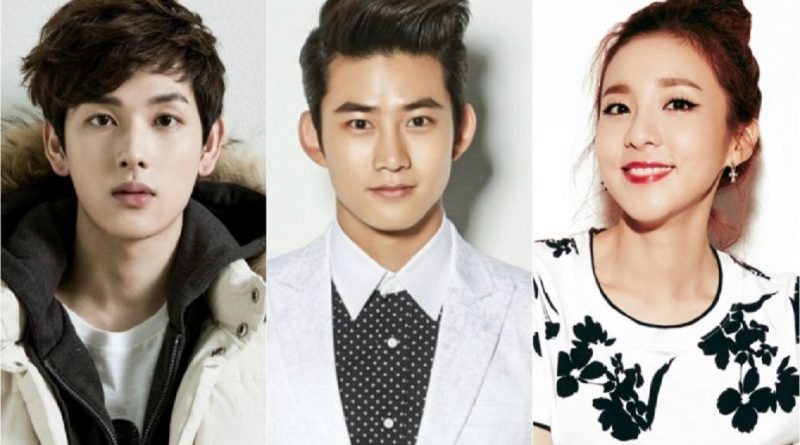 2PM Ok Taecyeon, 2NE1 Sandara Park, and the other idols will release their movies in spring, April.

All of the posters of the movies which are scheduled to release in April are stealing the public’s attention with the casts expression that is different from before. This is the era of the idols to show their talent in the movie industry.

First of all, Im Si Wan’s ‘One Line’ movie has been released on march 29 and is scheduled to continue in April. In this movie, Im Si Wan plays as a top swindler and shows a different charm from his usual image.

Then, there is Ok Taecyeon with his thriller mystery movie, ‘House of the Disappear’ which will be released on April 5. In this movie, he is playing as a priest who tries to solve the murder case in Mi Hee (Kim Yun Jin)’s house. Ok Taecyeon is complimented by his partners in the movie, Kim Yun Jin, Jo Jae Yoon, and other senior actors. The public is looking forward to seeing this movie.

Lastly, there is Sandara Park who will appear in ‘One Step’ movie. She will be playing as Si Hyun who has the ability to recognize a melody from the color. She will present a heartwarming story through music. Her movie is scheduled to release on April 5.