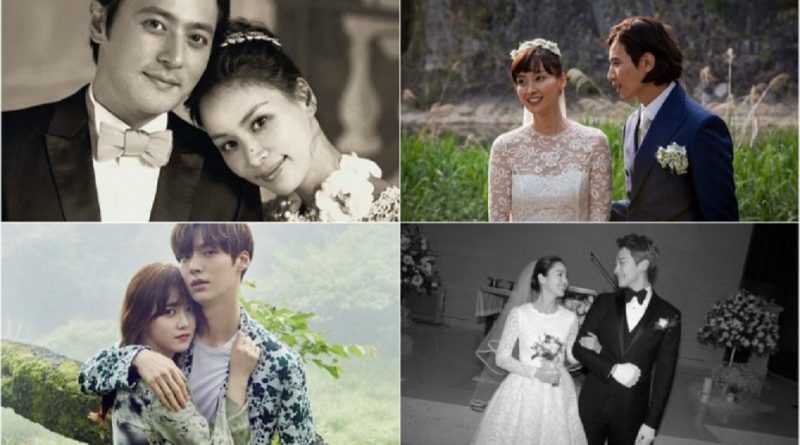 These days, Korean public are talking about the visual of their favorite married couples, such as Rain – Kim Tae Hee and Jang Dong Gun – Go So Young. Who are considered the top 4 visual couples?

Actor Jang Dong Gun and actress Go So Young are considered as the pioneer of visual married couples. Every aspect of their relationship, starting from their first meeting in a movie, until their marriage life, has always been such hot topics among fans. Recently, Go So Young made her comeback in the drama screen with MBC’s drama ‘Perfect Wife’.

Won Bin and Lee Na Young have always been keeping their relationship in private. Their marriage in 2015, as well as the birth of their first child, everything has always been shielded from public’s eyes. The two of them held their dream-like wedding in private, and have been granted with a child several months later.

Married couple Ahn Jae Hyun and Goo Hye Sun started their relationship after starring in a drama called ‘Blood’ in 2015. The two of them dated for a year before getting married. The couple gave people a glimpse to their marriage life through tvN’s reality show ‘Newlywed’s Diary’ at the end of this year, inciting envy from fans.

Singer Rain and actress Kim Tae Hee got married in January, making them the latest visual married couple. Kim Tae Hee and Rain became a couple after starring in a CF together back in 2012. Korean citizen love this couple for their dashing visual.