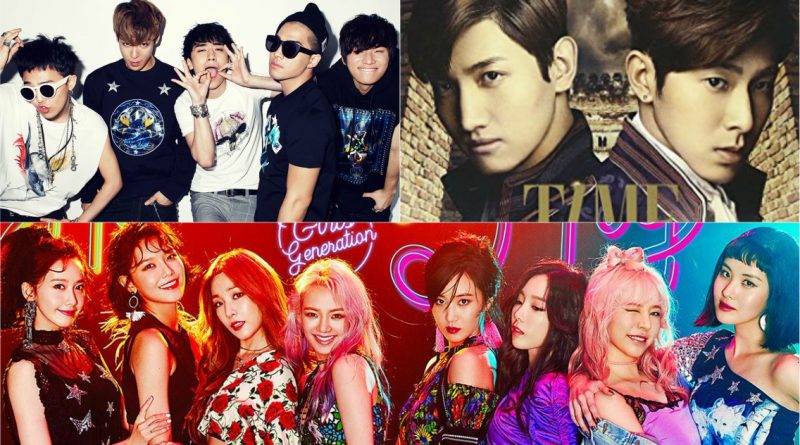 Not only loved by their fans, some idols also loved by other artists and idols. Usually they become role models in the Korean entertainment industry. Here are 3 Korean idols who are often regarded as role models for other idols.

Boy group BIGBANG is regarded as the representative of hip-hop and EDM music in the K-pop world. BIGBANG also has many fans from artists such as WINNER Mino, ICON BI, BLOCK B U-Kwon, BTS Rap Monster, Jin, Jimin and Jungkook, VIXX Hyuk, ASTRO Jinjin, GOT7 Bambam and Jackson, Teentop L.Joe, FTISLAND Jonghoon, IU, G-Friend SinB, Siwoo, and from among actors there are Kim Woobin, Kim Sohyun and Yeo Jin Goo, and variety show star Yoo Jaeseok.

The National Girl Group, Girls’ Generation is one of the most popular girl groups in the world. Girls’ Generation has the most idol fans including EXO Baekhyun, NCT Johnny, GOT7 Bambam, B1A4 Gongchan, SHINHWA Junjin, TWICE Nayeon and Momo, while among actors there are Lee Seunggi, Jang Geunsuk and Cha Taehyun even JYP or Park Jinyoung the CEO of JYP Entertaintent and former footballer of Manchester United Park Jisung are also fans of SNSD.

April 23, 2017 Tri Comments Off on Suzy Becomes the MC of ‘Baeksang Art Award’ 2 Years in A Row
MOVIE VIDEO