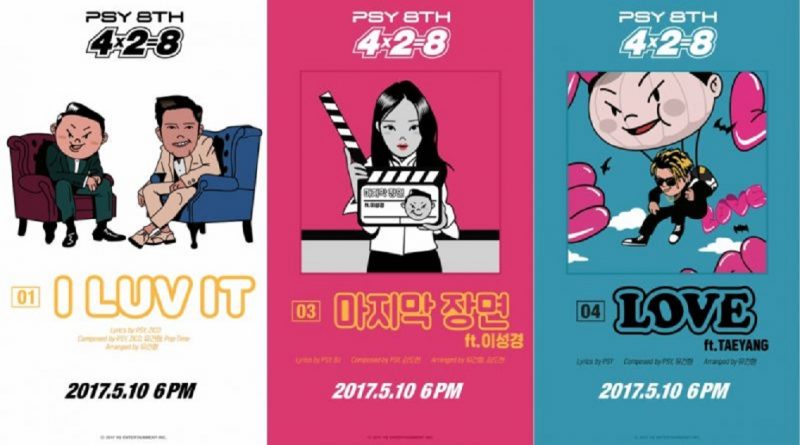 PSY releases more fun illustrations of the featuring artists who are going to take part in his new album, ‘4×2=8’.

The illustrations feature the artists who are going to participate in each single, such as Lee Byung Hun, Son Na Eun, Lee Sung Kyung, Taeyang, also IKON’s B.I & Bobby.

The list of featuring artists, as well as the stars of the music videos have increased public’s expectation toward PSY’s new album.

At 5PM, PSY will greet his fans first through Naver V Live broadcast titled ‘Psy Little Television 2’, in which he will introduce his new album and share behind the scene stories.