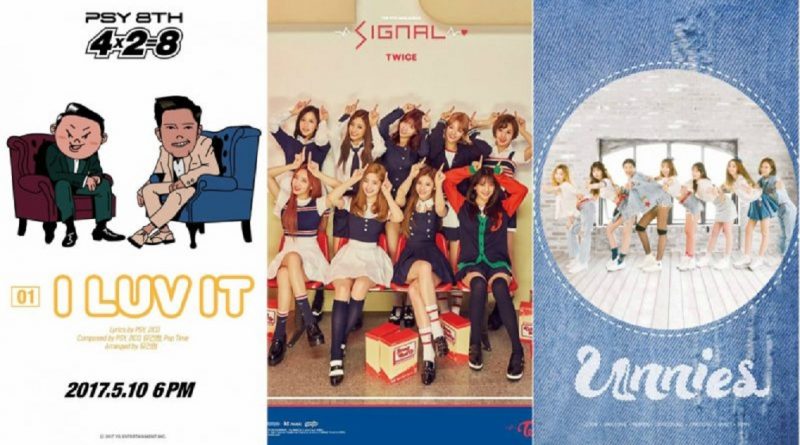 It seems like there is no fixed winner on the current music charts.

May is a month filled with the comeback of top stars, ranging from PSY to TWICE. In addition, there are other tough rivals, such as Unnies, Suran, and Roy Kim. The first position of the charts keeps changing.

First of all, there’s a world star PSY who made a comeback on May 10th with his 8th album. After the release, his two tracks ‘I LUV IT’ and ‘New Face’ successfully wiped out the first and second positions of the music charts.

But the position couldn’t last for more than two days. On May 12th, girl group Unnies came in first with the release of the song ‘Right?’. Unnies is a group girl project created by KBS 2TV ‘Sister’s Slam Dunk’.