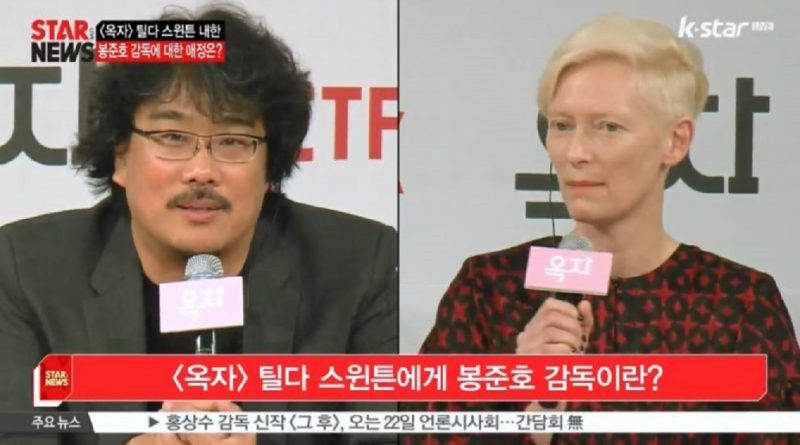 What does Tilda Swinton think about director Bong Joon Ho?

Tilda Swinton returns to visit Korea after 4 years in order to promote her new movie, ‘Okja’. “We are very happy to return ‘Okja’ back to where it should be,” said the actress. Tilda says her first impression of meeting Bong Joong Ho is like meeting a long lost brother.

On the occasion, Bong Joon Ho claimed to have visited Tilda Swinton’s house and has a sibling-like relationship
with the actress. “Tilda Swinton helped me a lot when we were filming outside Korea,” said him. “She lives in a Scottish village. I’ve been to her house several times. It’s a very beautiful village.”

‘Okja’, directed by Bong Joon Ho is going to be released on June 29th