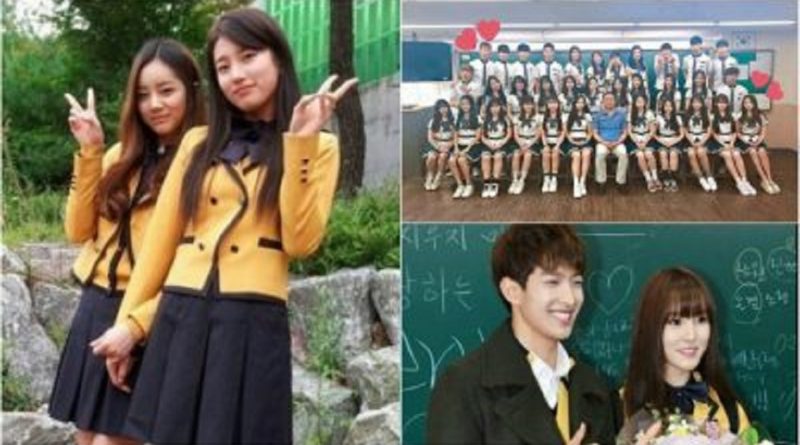 In 2013, a high school photo of Miss A’s Suzy and Girls Day’s Hyeri appeared on an online community board, and it became a topic of conversation online. In the photo, Suzy and Hyeri both wear the same uniform from Seoul School of Performing Arts. Fans were surprised that they are friends for a long time. Especially, the beauty and friendship attract the attention of many netizens.

Several idols who graduated from high school include Seventeen’s DK and GFriend’s Yuju on February 4, 2016, at that time they only were known to be classmates and friends at the School of Performing Arts in Seoul.