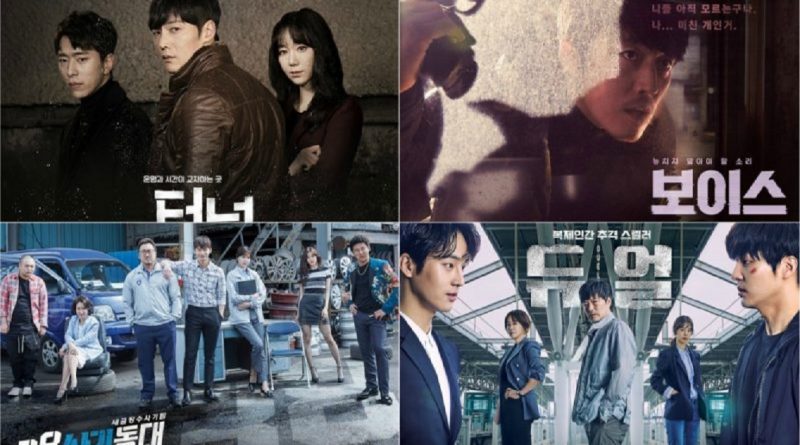 The success of ’38 Task Force’,’Voice’, and ‘Tunnel’ has brought more power to OCN as the TV channel which aired those dramas. It’s predicted that their success will be even greater with the release of OCN’s latest drama, ‘Duel’.

‘Tunnel’ is not OCN’s first drama which was always awaited by the audience every weekend. ‘Tunnel’ came with a storyline that is somewhat similar to tvN drama, ‘Signal’. After the success of ’38 Task Force’ and ‘Voice ‘, of course ‘Tunnel’ has a sense of worry regarding the audience’s response.

Eventually, ‘Tunnel’ could get past that worry and show its own charm. At the beginning of the drama, the main character Park Gwang Ho (Choi Jin Hyuk) made the audience laugh a lot because of his difficulty adapting to time shifting. At the end, his character showed an enchanting charm when he finally got to meet his daughter in the future.

With ‘Tunnel’, OCN has achieved their third success. The highest viewership rating of ‘Tunnel’ was 6.5%, overcoming ’38 Task Force’ (5.9%) and ‘Voice'(5.7%). OCN is now recognized by the charm of the channel’s different drama genre: ’38 Task Force’, with fraudulent cases, ‘Voice’, with stories of catching serial killers using audible sounds, to ‘Tunnel’, with time slipper stories.

After ‘Tunnel’ ends successfully, OCN is featuring ‘Duel’ as their next success plan. Starring Jung Jae Young, Kim Jung Eun, and Yang Se Young, ‘Duel’ is a thriller that tells the story of human cloning and abducted detective’s daughters, a story that has never been presented by any cable TV. Will ‘Duel’ follow the success of OCN’s previous dramas? Only time can tell.