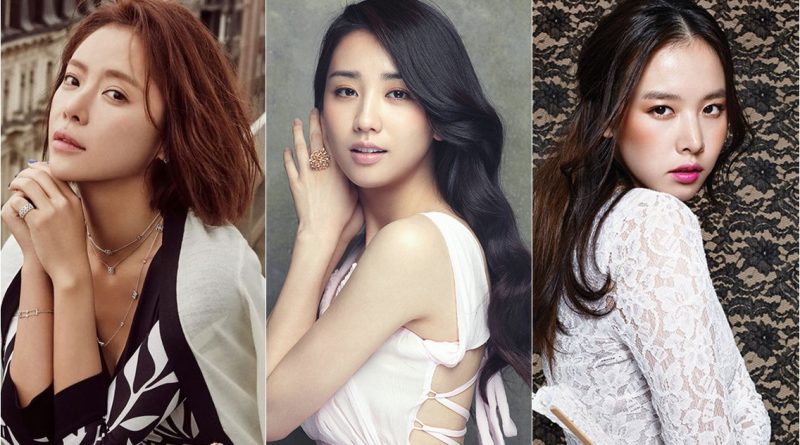 In addition to Kim Tae Hee who just gave birth to her first daughter with her husband Rain, there are some artists who are waiting for the birth of the first child. They are currently preparing to be a new mother and leave the activity in the entertainment world for a while. Who are the artists?

The cast of ‘She Was Pretty’ got married to a professional golfer, Lee Young Don. After a year of marriage, Hwang Jung Eum finally announced her first pregnancy. The agency said, “Hwang Jung Eum is expected to give birth in autumn this year. For a while, Hwang Jung Eum will take a break at home while waiting for the birth of the baby.”

Ryu Soo Young and Park Ha Sun who got married on May 22nd are also waiting for their first child. Last month Park Ha Sun’s agency said, “If there are no obstacles, Park Ha Sun will give birth this fall. Thank you very much for giving the prayers and congratulations to the family.”

Surprisingly Lee Dong Gun announced her marriage to Lee Dong Gun. Their love affair is controversial, as Dong Gun got into the relationship with Yoon Hee, a month after ending his relationship with Jiyeon ‘T-ara’. A month after announcing the date, the couple announced Jo Yoon Hee’s pregnancy and their civil marriage. Both received an offer to star in ‘Newlywed Diary’ season 2 but chose to retreat in preparation for the birth of their first child.