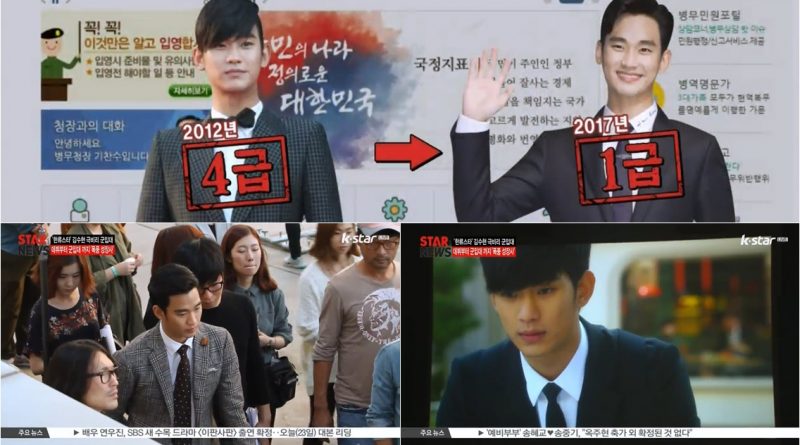 Hallyu star Kim Soo Hyun entered the military on the 23rd. The development of actor Kim Soo Hyun to become one of the best stars in Korea has attracted much attention.

Actor Kim Soo Hyun joined the military on the 23rd. The agency said that Kim Soo Hyun wanted to enter the military calmly without any official event. Born in 1988, this year Kim Soo Hyun is 29 years old! When he was younger, in 2012 Kim Soo Hyun was diagnosed with heart disease, which is equivalent to level 4 in military health, which could make him only perform community service, but he re-examined whis health and was allowed to be active in the military.

In June, Kim Soo Hyun made an acting transformation through the movie ‘Real’! ‘Real’ is the last film that Kim Soo Hyun did before entering the military. Being the best Korean actor at the age of 20 and a Korean star who exudes prince charm, his development is very special.

In 2007, Kim Soo Hyun first made into the entertainment world through MBC’s daily sitcom ‘Kimchi Cheese Smile’. In 2008 he finally got the chance to become the main actor in KBS’s special drama ‘Jungle Fish’. In ‘Jungle Fish’ press conference, Kim Soo Hyun was crying while saying that his acting skills still have many shortcomings.

His acting performance in ‘Will It Snow for Christmas?’ And ‘Giant’ was incredible, he started to be known as ‘great rookie’. After that, in 2010, Kim Soo Hyun became close to actor Bae Yong Joon and signed a contract under the big management, Key East. Finally Kim Soo Hyun played in the drama ‘Dream High’ in 2011 and won the best rookie in KBS Award.

In 2013 he played in the film ‘Secreatly Greatly’ as an agent from North Korea and won newcomer actor award. Kim Soo Hyun’s popularity extends to Asia through the drama ‘My Love from the Star’ when he played the role of Do Min Joon. After that he continues to be a shining star, This also applies in China and Hong Kong.

Kim Soo Hyun will be awaited when he entered the military. Kim Soo Hyun is busy this year delivering his farewell to fans. He also uploaded a photo of himself on SNS to show his gratitude to fans.