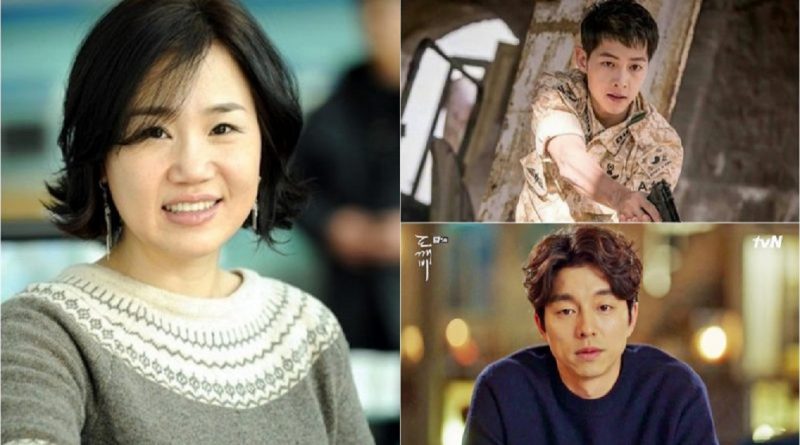 Screenwriter Kim Eun Suk will make a comeback! After making a story about a goblin and a soldier, this time she will return with a story in the colonial period. Who is the next guy that will follow Gong Yoo and Song Joong Ki’s step as the main actor in her drama and become one of ‘Kim Eun Suk’s Men’? This has been attracting the public attention.

Kim Eun Suk’s side gave an official announcement on May 29th. In the first half of the next year, she will return to work on a drama script that she has written. This drama is titled ‘Mr. Sunshine’ which will tell the story of an army in 1990.

Kim Eun Suk started her works with ‘Lovers in Paris’, followed by ‘On Air’, ‘City Hall’, ‘Secret Garden’, ‘A Gentleman Dignity’, to ‘The Heirs’. Each work she produces always reaches the box office and makes her a ‘Star Writer’.

Last year, a successful drama which topped the box office and raised her name was KBS 2TV ‘Descendants of the Sun’ and tvN ‘Goblin’. This year in the ’53 Baeksang Arts Awards’ she won TV Daesang and in 2016 she also won the best writers category in the ‘KBS Drama Awards’.

This is the reason why screenwriter Kim Eun Suk gets a lot of love and support from the public, not only the casts in her drama. From her story about goblin and a soldier, marketing, PD Drama, soul change, not only creating a development in unusual stories, it is also because of her team that produces mature dialogs which add to the uniqueness of her story.

The works of screenwriter Kim Eun Suk have unconditional formulas, the actors who want to work with her also have to try hard. According to the casting team, it can be said that Kim Eun Suk naturally follows the ability of her actor.

Because of that, Kim Eun Suk’s next work always gets more attention and high expectations, 4 months after the last episode of ‘Goblin’ aired, viewers are so happy to hear this news. This time too, the unusual story of a soldier that she plans to make has become a great concern.

Who is the next character that will be invited by Kim Eun Suk to join in her drama after Gong Yoo, Song Joong Ki, Lee Min Ho and others? Regarding this, Kim Eun Suk revealed, “It is not yet up to the casting stage.”

The time to reach the first half of next year is not long. In the midst of the anticipation of this epic drama, it is worth waiting for the lucky one who will be the main actor in her drama and have the chance to cooperate with screenwriter Kim Eun Suk this time.