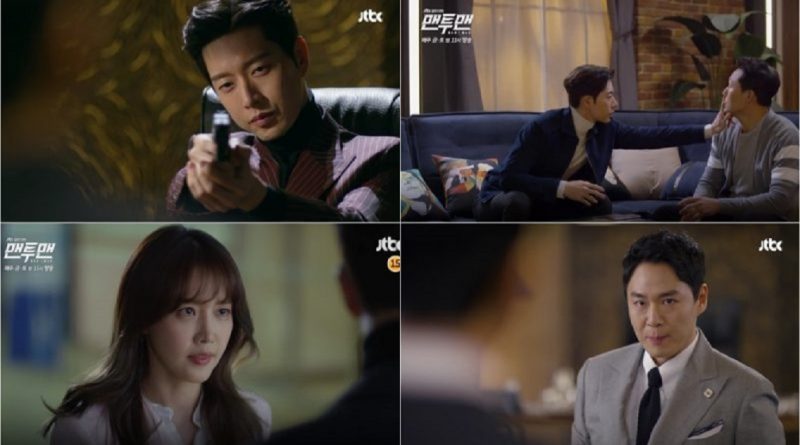 On June 2, in the 13th episode of JTBC ‘Man to Man’, the ghost agent Kim Seol Woo (Park Hae Jin)’s attack is described as a puzzle piece and gives the impression that this drama cannot be missed.

In order to win the fight with Congressman Baek, Mo Seung Jae did not ask for Leader Jang’s help but instead made an agreement with Seol Woo, he also successfully completed his mission and won Mo Seung Jae’s trust.

Seol Woo is in a dual operation to trace the truth of the huge hidden corruption in Songsan Group with Un Kwang (Park Seong Woong), and Dong Hyun searches for someone who impersonates agent Y who is already dead. “I’m looking for a recording of Congressman Baek. A traitor must know your weakness,” said an X Men who delivered the message and added the curiosity of the viewers.

Then at the end of the episode, it was revealed that it was not Congressman Baek, former ghost agent Pastor Mike, or Do Ha (Kim Min Jung)’s father Cha Myung Suk (Kim Byung Se) who delivered the message to Seol Woo but it turns out the ghost agent is Song Mi Eun (Chae Jung Ahn), Mo Seung Jae’s wife. At the end, Seol Woo said “Isn’t that your job? Song Mi Eun. No, Senior ghost agent”.