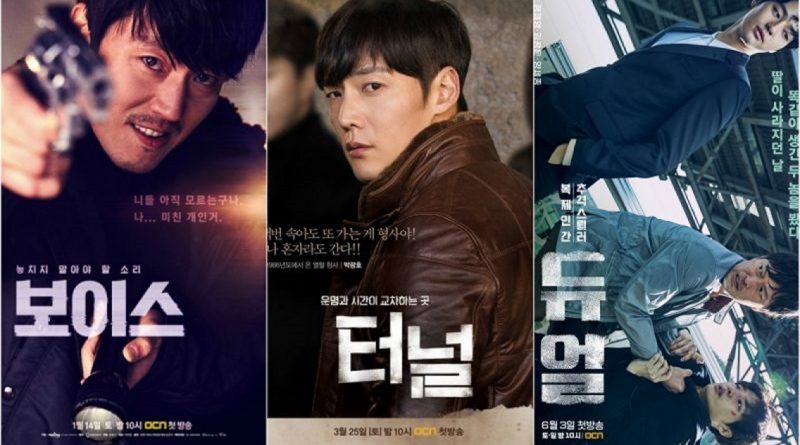 The success of the OCN thriller drama enhances the quality of the “Hallyu drama” and shows a remarkable export performance. In particular, the drama is well received in America and Europe, beyond the reach of Southeast Asia which is the flagship market of Hallyu Wave.

On June 2, OCN revealed, the drama ‘Voice’ and ‘Tunnel’ get a good response from all over America and Europe. Drama ‘Duel’ which aired on June 3 is also rumored to have been sold in the United States.

The three dramas are a thriller fantasy drama which is OCN is well-known for.

The drama ‘Voice’ starring Jang Hyun and Lee Ha Na has been exported to North America, France, Belgium, Switzerland, Luxembourg, Monaco, and other European regions. In addition, the drama is also successfully exported to the Asian regions, namely Singapore, Taiwan, Malaysia, Indonesia, Philippines, Myanmar, and others.

‘Tunnel’ that ended last month has also been exported to the American Territory and is currently in a discussion to be exported to the European region. This drama was also successfully exported to Malaysia, Singapore, Indonesia, Philippines, and other Southeast Asia countries.

The drama ‘Duel’ starring Jung Jae Young, Kim Jung Eun, and Yang Se Jong have been exported to the American Territory prior to its premiere.

OCN conveyed, “Korean drama generally gained high popularity in the Asian region, but on the contrary, OCN’s dramas successfully attracted the attention of American and European audiences. It has its own meaning”.

They added, “The interest of overseas buyers is evolving as dramas with crime investigation genre emerges in Korean industry, while romantic comedy is still a major theme”.