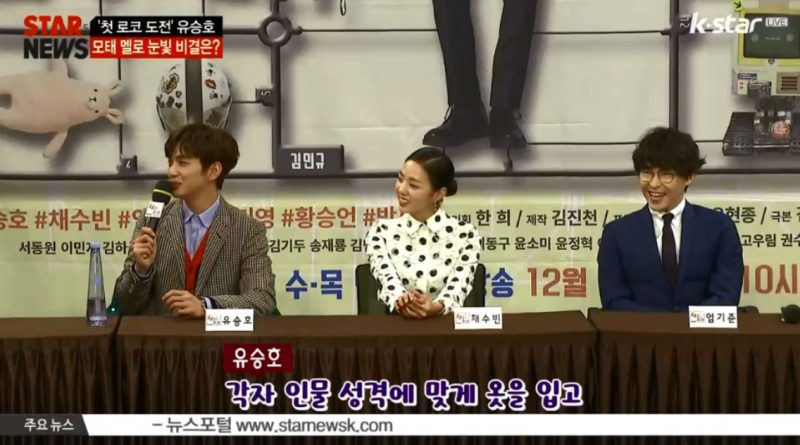 National Brother Yoo Seung Ho returns to the screen by trying a romantic comedy drama. Through the drama ‘I’m Not A Robot’ Yoo Seung Ho will reveal a different appearance.

Looks like a romantic comedy is not a difficult thing for a man who was born with a beautiful melo gaze.

After discussing with his co-workers, Yoo Seung Ho agreed to make an appointment to the viewers. If the rating reaches 25% he and others will look like a drama character and do fan signing in Myeongdong.

In addition to Yoo Seung Ho, this is also the first time for Chae Soo Bin to act on robots. Many will compare with the acting robot dilakoni by Park Han Byul before. But Chae Soo Bin admits she does not feel worried because Ji Ah and Aji 3 robot are different characters.

Yoo Seung Ho is exposed to allergic diseases to humans and Chae Soo Bin who claims to be a robot in the romantic comedy ‘I’m Not A Robot’ premiered on December 6th.

September 28, 2017 Ria Comments Off on Wanna One Attended Their First Award Show Since Debut