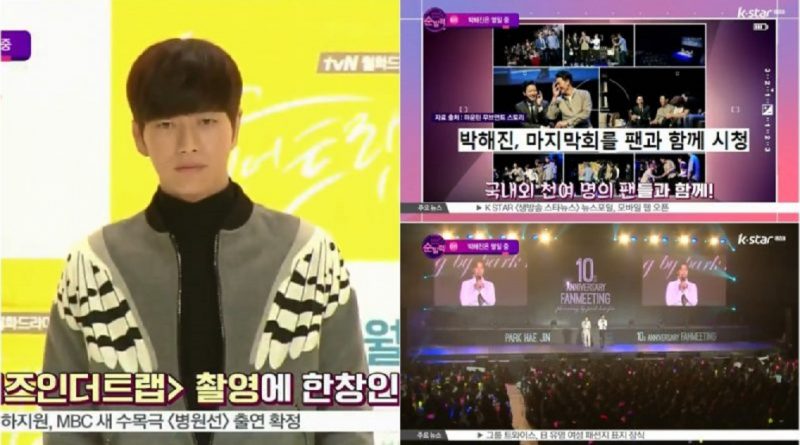 On June 10th, the actor went to Japan, Thailand, UK, and other countries to gather with thousands of female fans to watch the last episode of ‘Man to Man’. “Everytime I act, I always try to do it seriously. For this drama, rather than looking earnest, I tried to look good in it, so I hope this will be a good work.”

Park Hae Jin is currently filming the movie ‘Cheese In the Trap’. “His character in both the drama and movie version is a student named ‘Yoo Jung’. “You can see me again as ‘Yoo Jung’, I’ll work hard to give my best,” said the actor. In mid-June, he will finish filming ‘CITT’ and will go on an Asian tour. Then, he will prepare for his upcoming drama ‘Four Men’. This proves that Park Hae Jin is truly an actor who works hard.

February 22, 2018 Ria Comments Off on 4 Actresses Who Look Beautiful In Hanbok
BEAUTY Rank&Talk

April 23, 2017 Tri Comments Off on Actresses Who Show Their Skill in Real Estate Business
MOVIE VIDEO