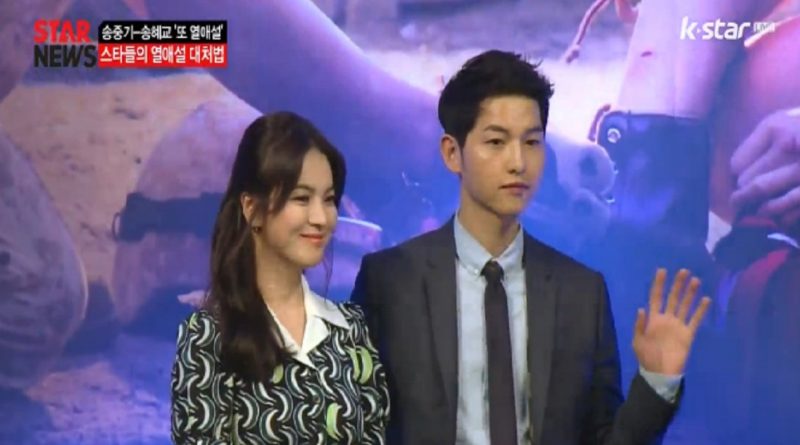 Actor Song Joong Ki and Song Hye Kyo’s dating rumor resurfaced for the second time, but both artists denied it.

Dating rumor also hit basketball athlete Heo Woong Gwa and actress Jang Mi In Ae, which was responded by Jang Mi Ae on her SNS “Athlete Heo Woong was in the military and I simply gave my support for him. It’s just a total misunderstanding. Please stop this rumor.” In May, singer Park Ji Yoon and Kakao Talk’s VP Jo Soo Yong denied their dating rumor. Park Ji Yoon’s agency said “She was not in a date with Jo Soo Yong, it’s not true. They have been working on a project for 1 year. It’s true that they’re close, but they are not dating.”

AOA ChoA was also rumored to be dating an entrepreneur who’s 5 years older than her, but ChoA’s agency denied the rumor. ChoA herself had apologized for causing a commotion.

These stars are stars who are rumored to be dating but denied it, saying that they are simply good friends.