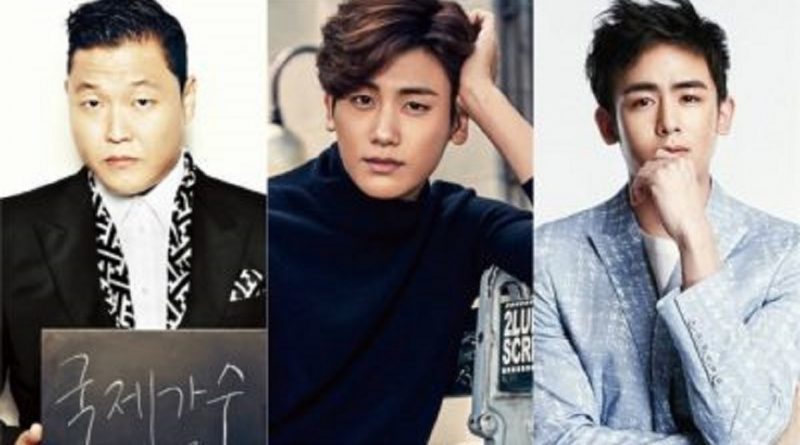 Many Korean idols become rich after they made their debut in Korea. Some of them happen to have been rich since they were born. However, no privileges are gained during the training period even though they have abundant wealth. Here are 3 Korean male idol born from a rich family.

PSY has gone viral globally with his song Gangnam Style. Under the agency YG Entertainment, PSY managed to reap many benefits through the hits songs he created. Who could have known that PSY is actually the son of a wealthy family in Korea? In 1955, PSY’s father set up a semiconductor company called DI Company. Currently, PSY becomes the CEO of the company. When Gangnam Stylenbecame popular all over the world, the DI company’s stock soared to eight times compared to its original value in 2012. Not only that, PSY’s mother runs a top-class Petits Season restaurant. Having a career which is in the same field as her mother, PSY’s own sister is a food strainer.

The man who was born in November 16, 1991 has been living prosperously since his childhood. The member of boy group ZE: A has a father who is a director of the world’s most famous car manufacturing company namely Mercedes Benz. Some members of ZE: A had leaked information about the personal life of Park Hyungsik. In addition, Park Hyungsik has a savings account with a fantastic amount in his account. That’s roughly worth 16 million Won he already had in his savings account even before he debuted.

Nickhun is nicknamed as ‘Thai Prince’ by his fans. The Thailand man has a fairly abundant treasure. The former girlfriend of Girl’s Generation Tiffany is the son of a famous CEO in Thailand. His mother is a CEO of a pharmaceutical company in Thailand, while his father is the CEO of a trading company in Thailand. Therefore, Nickhun deserves to get the nickname of Prince of Thailand from his fans.

August 2, 2017 Tirta Comments Off on The Rise of Idol Actresses in Korean Dramas
STAR VIDEO